For John Kopeck, golf is more than a game: it’s a game changer. 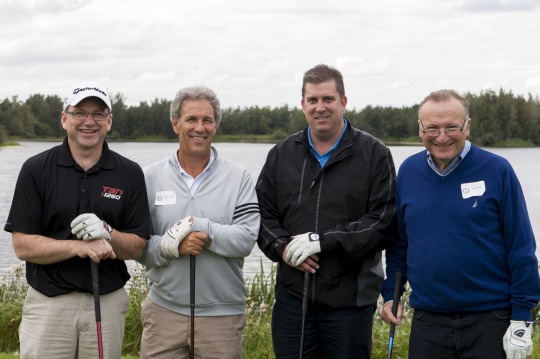 Since 2011, Kopeck, director of media sales at the Edmonton Journal, has chaired the board of the Alberta Cancer Foundation’s Cross Cancer Institute Golf Classic, which celebrates its 27th anniversary this year on August 20th at the Glendale Golf and Country Club. However, his involvement as a participant goes back more than a decade.

“I’ve had friends on the committee in the past,” explains Kopeck, “and about eight years back, I was asked by Bob Bentley [former Cross Golf Chair] to sit on the committee and assist with sponsorship. Everyone has been affected by cancer in some way, and I saw this as my opportunity to give back and to make a difference in the lives of Albertans facing cancer.”

John explains that he became involved with the Alberta Cancer Foundation because of the passion and value he sees in the organization. “I have immense respect for the work of the Foundation: the passion of the staff, the value they give to Albertans and the money that goes back into cancer research being performed right here at home.”

This year’s tournament marks the final year of funding in support of the research being performed by Dr. John Lewis, the Alberta Cancer Foundation Frank & Carla Sojonky Chair in Prostate Cancer Research. Dr. Lewis and his team have been investigating ‘smart’ drugs that more effectively target cancer drugs with less intensity of side effects.

John finds it rewarding to play a part in assisting this world-class research. “If we reach our goal this year, we can complete the $5 million in funding needed. To me, that’s a very exciting prospect and something I look forward to.” 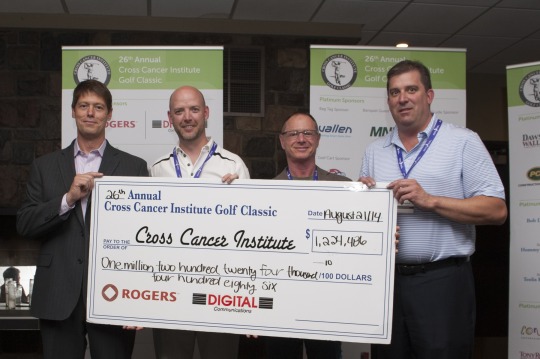 Yet for John, the tournament, which now raises over $1-million each year in funding for the Alberta Cancer Foundation, is successful because it does more than just meet a financial goal. “Of course the fundraising aspect is important, but it’s really about the whole experience: we want to create a well-organized event that is also fun. We want
our guests to have a good time and to leave feeling like we treated them well and met all their expectations.”

John credits the success of the tournament to a dedicated team of volunteers and sponsors. “The fact that people keep coming back each year shows that it’s a quality
tournament and that we’re maximizing investment and making a difference. I’m proud we’ve been able to forge such strong relationships with all our supporters, and I’m glad they look forward to returning year after year.”

Of course, says John, there is room to grow that loyal following. “In tournaments like this, there’s always the chance that things will get stale or historical, so it’s vital to bring in new ideas and creativity; we need fresh outlooks. But we also need volunteers and sponsors who want to get involved for the right reasons – to raise as much money as possible for the Alberta Cancer Foundation and the Cross Cancer Institute.”