Artist Amy Reding Illustrates How She Processes Grief By Giving Back 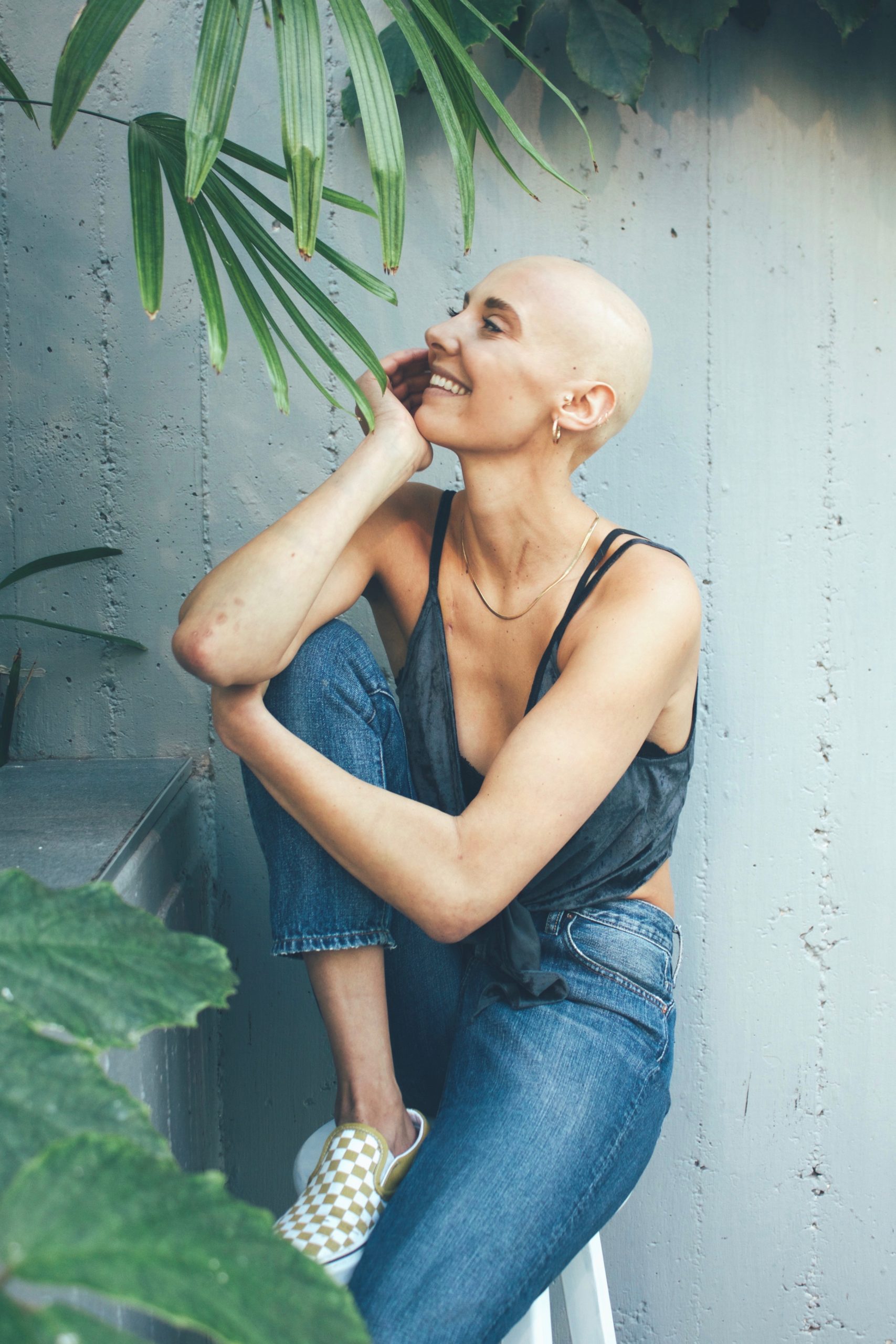 Amy Reding recounts her cancer journey in her own words:

“I was 25 when I was first diagnosed with stage 4 Hodgkins lymphoma. Looking back at my PET scan, I can’t believe how calm and composed my doctors stayed. I had a bulky 10 x 15 cm mass in my chest and another– slightly smaller mass- protruding from my neck. I had no idea I was sick; the week before I had been hiking, surfing and hanging out with friends in Hawai’i. I had been struggling to catch my breath and I felt like I had the flu more often than not, but cancer was the farthest thing from my mind. June 27th, 2019 was the day I officially became a cancer patient, and what followed was 6 months of chemotherapy. My body responded incredibly well, as one would hope a 25-year-old’s would. I was in full remission by August and finished up my final treatment on December 6th.  I thought I had my life back, and I did my best to regain it. I worked two different writing jobs, I flew to Hawai’i again to visit my boyfriend, and life was relatively normal until the pandemic hit.

I laugh a lot when I think about the early pandemic days; the ways my generation moaned and complained about these new small inconveniences in our relatively incredible lives. I too was frustrated; my trip to the states had been cut short and the year I thought I had my life ‘back’ was quickly turning into a bust.

It was the end of April when everything changed once again; I found another lump in my neck. I found it right on top of the scar from the previous year where they had removed my swollen lymph node. I hadn’t had any tests yet, I hadn’t even told my doctors yet, but I knew deep down what was happening. I was officially diagnosed a month later with a recurrence of Hodgkin’s lymphoma. It was June 26th, 2020; my body hadn’t even made it one-year cancer-free.

It’s hard to put into words how challenging my spring and summer were. I’m not saying that for a pity party, instead, I’m simply reflecting on the reality of a second diagnosis. It’s devastating; mentally and emotionally. My friends, family and I had celebrated the absence of cancer in my life in big, big ways. We had left it in the dust. And call me naïve but I had never imagined it coming back. On top of that, I was now living as a cancer patient in a pandemic – something I had actually verbally mourned for those going through treatments in March.

I was told that this time around we had to hit the cancer harder; I would be undergoing high dose chemo and an analogous stem cell transplant. I would be advised to undergo fertility treatments on the high chance this treatment destroyed my body’s ability to have children. I was told I would become an inpatient for nearly 6 weeks, something I had never experienced, in a COVID-locked-down hospital. We were told my recovery could take about a year post-transplant.

I’m sure there are many with worse or more difficult stories than my own; in fact, I know there are. But at the moment yours feels like the worst. My boyfriend of nearly 2 years (an American who lives in the States) was not allowed into the country to support me during my two separate 3-week hospitalizations. I was allotted 2 visitors, compared to the 3 or sometimes 4 friends who used to circle my chemo-chair every two weeks and cheer me on. On top of all of this, before I was re-diagnosed I had been in the process of switching jobs. In the limbo of changing my work, I was in the waiting period for my drug plan to kick in. You can only imagine the fear that wracked my mind when I recalled the huge drug costs I had paid the previous year (thankfully, then mostly covered by my benefits). One thought continuously raced through my head, “So I’m going to have cancer and be broke?”

All was resolved in the end; I found a plan that would cover me (thanks to the lovely Tom Baker staff), but now I can’t think about my cancer story without thinking of others. The reason I give to PFAP (Patient Financial Assistance Program) is in hopes that nobody will have to feel that same stress and fear.

I had the luxury of moving back in with parents who took care of me (and my puppy). I have a huge support system in Calgary that walked closely with me- bringing me broth when I couldn’t eat, fuzzy blankets and books, and providing meals for my parents. As I’ve been amazed at the generosity of others, I’ve struggled with the idea that many don’t get what I have during their treatments. Diagnosis is the ugliest, most draining shock you can experience (in my opinion). It leaves you overwhelmed and longing for any glimmers of light and hope. Being diagnosed a second or third time, no matter how long remission lasted, can feel absolutely devastating.

One of the ways I began processing my own grief surrounding cancer was through artwork. Chemo left my brain pretty foggy, so my usual outlet of writing was taken away. But I began creating linework drawings; inspired by the strength I see in women facing cancer and loss. These images are representations of the strength I desire to walk in daily; little reminders that even in sickness there can be beauty. I initially created one for Hodgkin’s lymphoma, where I replaced all the spots masses grew with flowers. Over time I branched out, creating different prints for different cancers, experiences, and moments in the hospital.

Now I sell my prints online and donate 25% of all profits to the Patient Financial Assistance Program because I want to bring joy in place of sorrow. Originally I thought of selling my art to supplement my own costs (fertility treatments, anti-nausea meds…etc). But as time went on my community showed up in huge ways for me- GoFundMe, gifts of time and money, the list goes on. Now, the goal of selling my art is primarily to raise awareness and finances for others in tougher spots than myself; and hopefully, it acts as a reminder that cancer doesn’t have to be the end of joy and beauty.

Personally, I have met some of the most beautiful people because of my sickness. I have experienced levels of compassion and love that I never knew before, and I have learned to love myself in new ways: bald head, scars, and all. I would love if my prints can give someone else the same feeling- joy and love in place of sorrow and sadness.”

You can shop Amy’s prints on her website at www.theupside-down.com/shop-artwork/homepage/