Tyra Langille was only 25 years old when she was diagnosed with oral squamous cell carcinoma. The Edmontonian shares her cancer journey and why it’s important to her to raise awareness for oral cancer and advocate for other young cancer patients.

My journey is not over, the healing process is slow and I take every day one step at a time. I try to remain positive through it all but there are days when it can be too much, mentally, physically and emotionally. 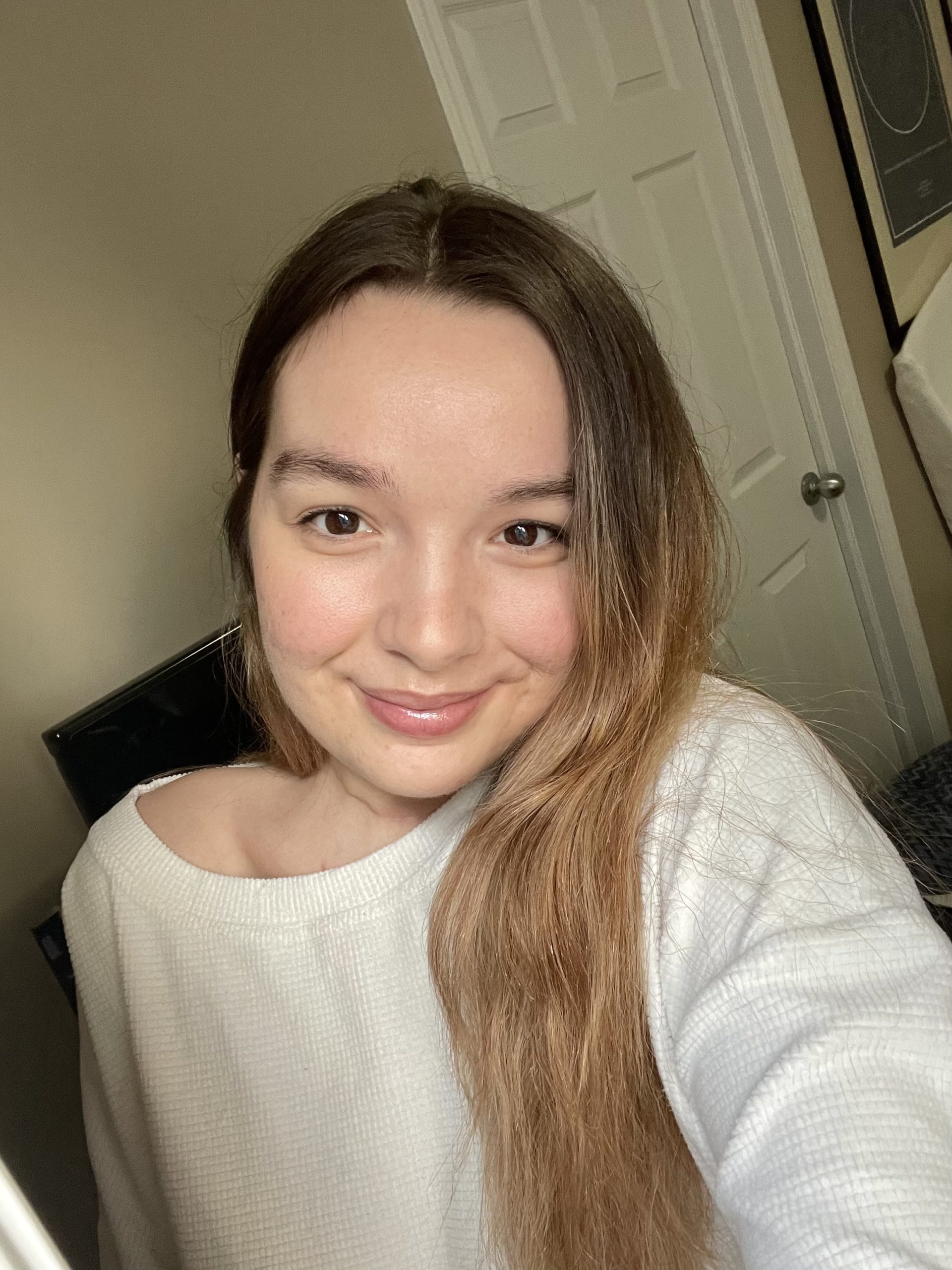 “My cancer journey begin in February of 2021 when I found a small canker-like sore on the left side of my tongue, few months went by and I noticed it wasn’t getting better but my doctor thought it could be oral thrush, so I went on medication for that. I also went to the dentist, but they didn’t see anything wrong. In June, it started to grow rapidly, and with every day I felt like it was getting worse. It was hard to get through a pandemic while also figuring out what was happening to my body, I was really struggling with it. Fast forward to August, I have dropped 30 pounds, I could barely speak some days from the pain, or eat and drink. After eight long months, my doctor sent me for a biopsy in September. Within a week, I was diagnosed with stage 2 Squamous Cell Carcinoma. I was shocked but also, prepared because I knew something wasn’t right when my tongue wouldn’t heal. The cancer grew so much from September to October that I ended up being on the edge of stage 2 beginning stage 3, so on paper, it turned out to be Stage 3 Squamous Cell Carcinoma.

I’m young, I don’t smoke, or drink, I am extremely healthy, active and HPV negative and I had no known risks of getting oral cancer. I am told that I’m in the 25% of the unknown case of this cancer. On October 28th, I went through a 12-hour surgery where I had a free arm flap, reconstruction of the left side of my tongue, neck dissection of about 100 nodes, trach and feeding tube. I was finally discharged on November 9th. I had to reteach myself how to eat/drink, swallow, speak, and smile… it’s been a lot. A few weeks later I was told the margins were clear, none of the nodes that were taken were affected but because of where the tumour was and how aggressive it was, to be certain it won’t come back I was to undergo 30 sessions of radiation to the mouth, with a mouth spacer between my teeth to ensure the radiation hit exactly where it needed to, internally and externally.

My team of doctors at the University of Alberta and the Cross Cancer have been so incredible and I am forever grateful to have been blessed to have them be a part of my team, without them I don’t know where I would be. I finished my last session of radiation on February 1st, 2022. My journey is not over, the healing process is slow and I take every day one step at a time. I try to remain positive through it all but there are days when it can be too much, mentally, physically and emotionally.

I’m excited for what the future holds and I hope to connect with other survivors who have gone through something similar as it can get lonely at times. My job now and forever is to spread awareness of oral squamous cell carcinoma and advocate for those who cannot!”