When Grace Chantiam turned 40 in January last year, she laughed in disbelief at the saying that ‘life is over when you turn 40’, only to go through a series of events that proved her wrong. Soon after, the pandemic was announced and Grace’s transition to work from home was tough as she had to manage her professional and personal life while being stuck at home. Her wedding was put on hold and soon she started experiencing symptoms of bleeding between periods. 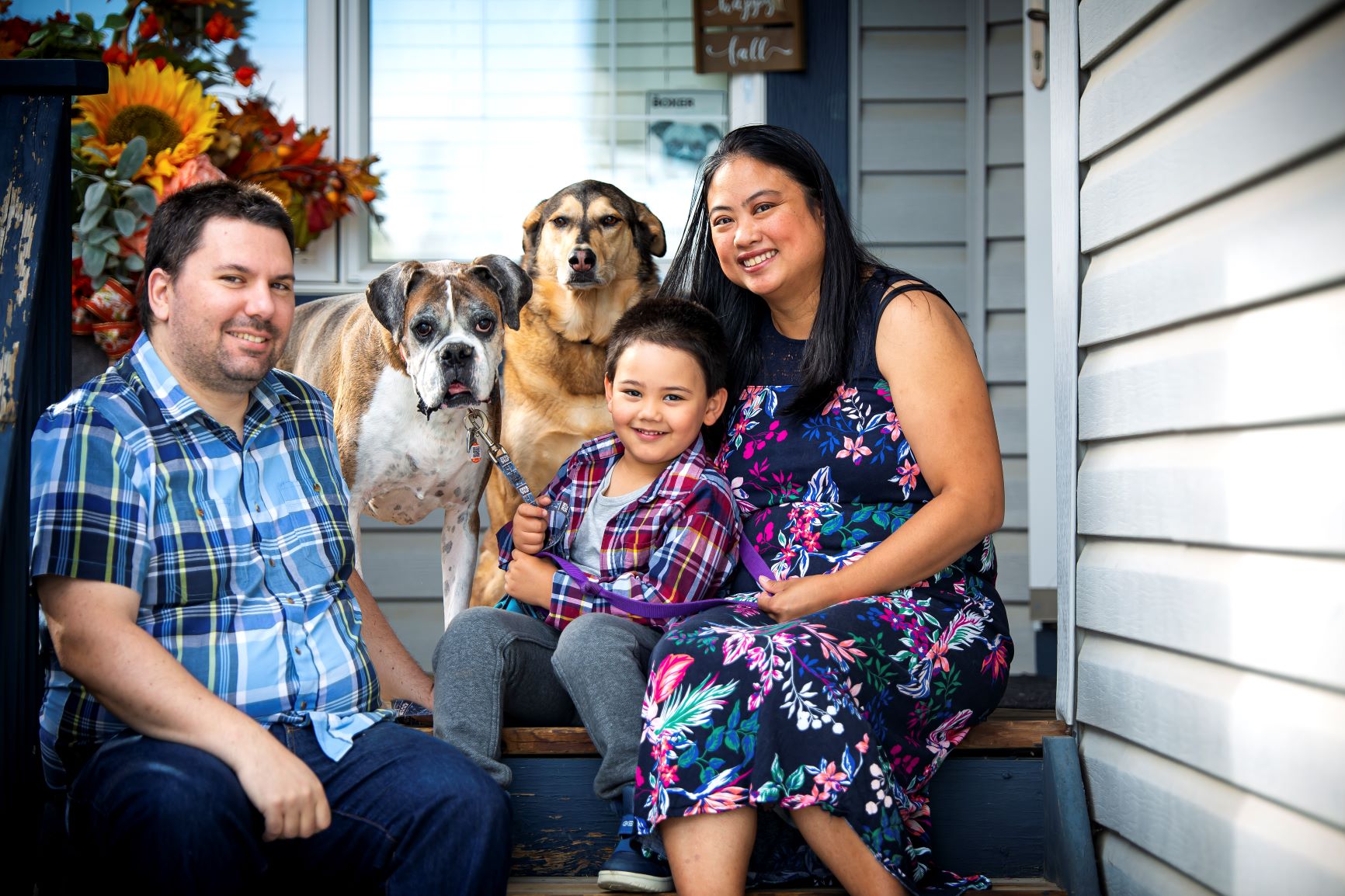 Grace recalls the time when she first decided to schedule an appointment with her doctor in the middle of the pandemic:

“I knew something wasn’t right. At first, I was scared to go to the doctor because of COVID, but I had this gut feeling that I had to. My first appointment was through video chat and then she sent me to have a bunch of tests done including an ultrasound which then showed a large mass on my cervix. I was then sent for a biopsy, CT scan and MRI which then concluded my diagnosis.”

In August 2020, Grace was diagnosed with stage 2B endocervical adenocarcinoma which is a type of cervical cancer. Post her first diagnosis, the hardest part was to share the news with her family, especially her 4-year old son, Alexander. Grace wanted to protect him from the bad news as she was unsure of how he would react. However, when she did share the news with her son, Grace says, “He was concerned and only wanted to make sure that I was going to get better. We continue to celebrate our small wins during my treatment and we always make sure he plays an integral part of my journey.”

It is a scary thought for Grace as a parent to envision a life where her son would have to grow up without her, but she finds the strength to face cancer because of her fiancé, family and friends who have unwaveringly supported her in her journey and continue to do so.

“My fiancé has been my foundation and has helped me through so much of this journey. Together as parents, we have ensured that Alexander’s life continues as normal as it can during this time. I am so very grateful for the love and support of all of my loved ones,” recalls Grace.

She began treatment in September 2020 at the Tom Baker Cancer Centre in Calgary and feels immensely supported by her cancer care team.

“Almost every single person I have encountered at the Tom Baker Cancer Centre has been amazing! The nurses in the chemotherapy ward were caring and down to earth. The receptionists were welcoming with huge smiles to each patient they encountered. Most importantly, my radiation care team helped me through the roughest times and I am so grateful for their care and support. Always striking a conversation and making me laugh during the many hours of treatment. They always made me feel comfortable (well as comfortable as you can be when you get radiation therapy!) by asking me how I was feeling and playing some awesome tunes to pass the time. I definitely formed a great relationship with all of them,” she remembers fondly.

She mentions how her cancer care team played an even bigger role during her internal radiation and brachytherapy, treatment, as it was one of the most intense treatments. They stood by her, holding her hands and wiping her tears through those painful sessions. She remains grateful for their constant encouragement and support.

The pandemic severely impacted her cancer journey as she felt isolated during her initial visits to the hospital due to visitor restrictions. She mentions how soon after one of her brachytherapy treatments, her first dog Sheldon, passed away and the feelings of isolation increased even more. Sheldon had been a major source of support for Grace as she used to come back home to his snuggles and warmth after her rigorous sessions. Though, she is grateful that her second dog Willow, stepped up to support her.

She had to take a break from her work as well due to the intensity of her treatments, but with the help from her leadership team and colleagues, Grace was able to make a slow transition back to it. The one thing she felt was positive about the pandemic was that everyone had to wear masks. When going out places, she didn’t feel odd or looked at differently because everyone was wearing them and was able to lead a “somewhat normal” life doing some of the normal day-to-day things.

Upon completion of her treatment and during her follow-up scans in February 2021, a small mass was located in Grace’s lymph nodes and she was moved into stage 3. She continues to be monitored by getting scans done every 3 months for the next couple of years.

Her resilience and her positive mindset along with support from her loved ones have helped her immensely in her journey especially during remission:

“Some days it’s easy and other days it’s tough. But I am kind to myself and allow myself to experience the ups and downs as I’ve learned that this is all part of the journey. There’s always anxiety around any upcoming scans (which I now do every 3 months) as you don’t know what results you’ll get. But I’ve found that mentally preparing myself with a positive mindset helps as I go into the scans. I also have a cheerleading squad of loved ones and colleagues that are always sending me good vibes and support.”

Grace has also found tremendous support through Cervivor, a nonprofit organization that brings cervical cancer survivors together and helps to spread awareness, education, support and more. Through this, she has met many women who have had similar journeys as her and has bonded over their experiences.

“It’s helpful to know that I’m not alone and that there are others who have or are currently going through the same journey as I am,” says Grace.

Grace remembers how she had no idea what cervical cancer was prior to this and wishes to break the stigma about HPV and cervical cancer by sharing her story. She highly encourages that through sex education young women should be made aware of HPV and should receive the HPV vaccination if made available to them. She wants to ensure that all women go for their regular PAP smears and screenings and that these should be made a part of annual physical checkups, rather than every 3 years because things can change quickly.

Her message for young women and those who are facing cancer today is that cervical cancer is completely preventable through vaccination and screening. She mentions how HPV is one of the leading causes and can be prevented through vaccination. Additionally, screening through regular PAP smears is important for all women. She believes it is crucial because if it’s caught early, it can be treated.

Grace believes that her story can raise awareness about cervical cancer and save someone’s life which inspires her to continue to advocate and share her experiences.

She documents her cancer journey on her blog here.