From Patient to Advocate: Recovering In Remission 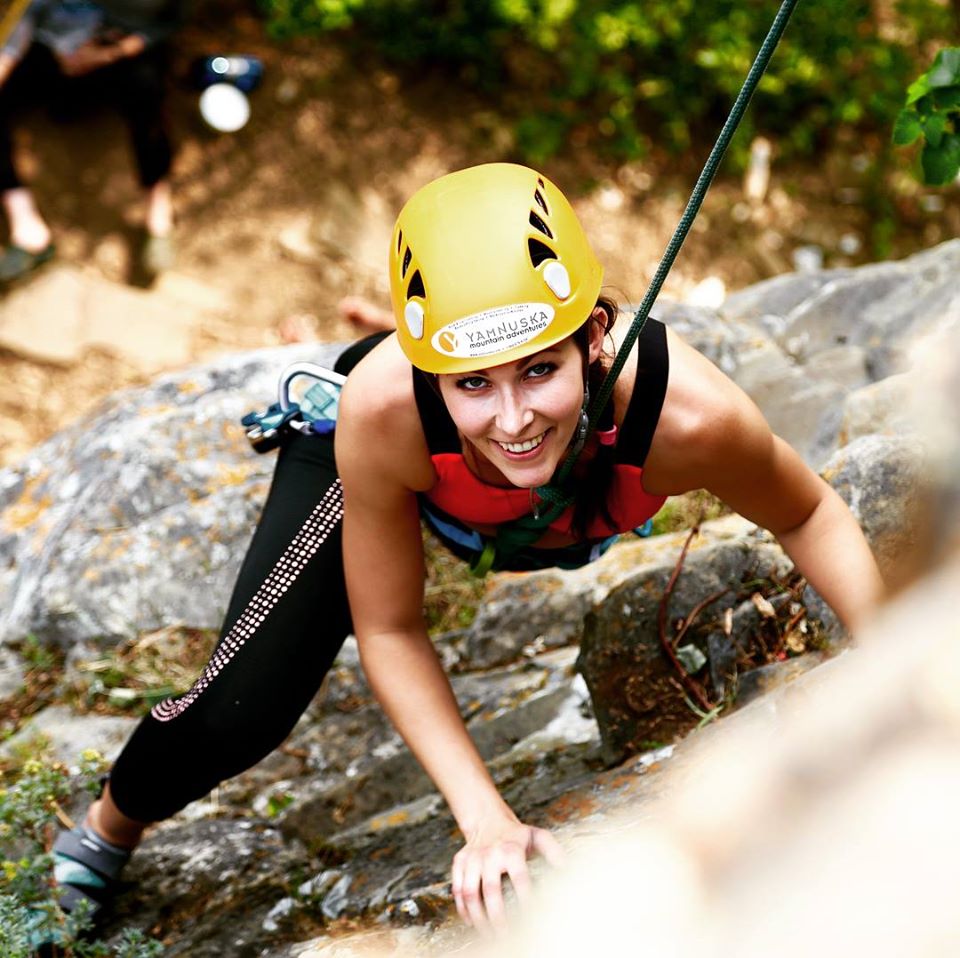 Growing up on a horse farm in Ontario, Julie Deleemans enjoyed a happy and healthy childhood. It wasn’t until she turned 15 that her voice began to change, and her health started to deteriorate. The constant tightness and pain she felt in her throat was accompanied by chronic fatigue and a hoarse voice. Eventually, when Julie’s symptoms became so severe that she couldn’t swallow, she was referred for a CT scan.

A few weeks later, at just 18 years old, Julie was diagnosed with stage IV laryngeal cancer. She was advised to undergo a total laryngectomy, which resulted in the removal of her voice box. On March 2nd, 2006, Julie underwent 10 hours of surgery to remove the cancerous tissue that had engulfed her larynx, thyroid, and lymph nodes.

Being young, she recovered relatively quickly. She was even able to start speaking again using a speech implant device. Julie received 30 rounds of chemotherapy and radiation. Once in remission, Julie thought her life would go back to how it was before cancer, but both the physical and emotional ramifications of the treatments were long-lasting. The radiation treatments had caused so much scarring that she lost her ability to speak. She struggled with her new reality and how to move forward with her young life. She had lost her job and her friends. Travel plans had been canceled, and going to university was delayed indefinitely. Although the cancer treatments she received saved her life, the psychosocial support available was very minimal at that time. She struggled to cope with the aftermath of cancer, and she felt intensely isolated and alone. It was a heavy way to live.

“For many of us [cancer survivors], the hardest part of cancer begins after the treatments have ended.”

While on the journey to recovery, Julie found clarity from an unexpected source, two TED Talks; “The Power of Vulnerability” and “Listening to Shame” by Dr. Brené Brown. The message resonated so clearly with her, and moving forward her new mantra became a quote by the legendary psychologist, Dr. Carl Jung, “I am not what happened to me, I am what I choose to become.” 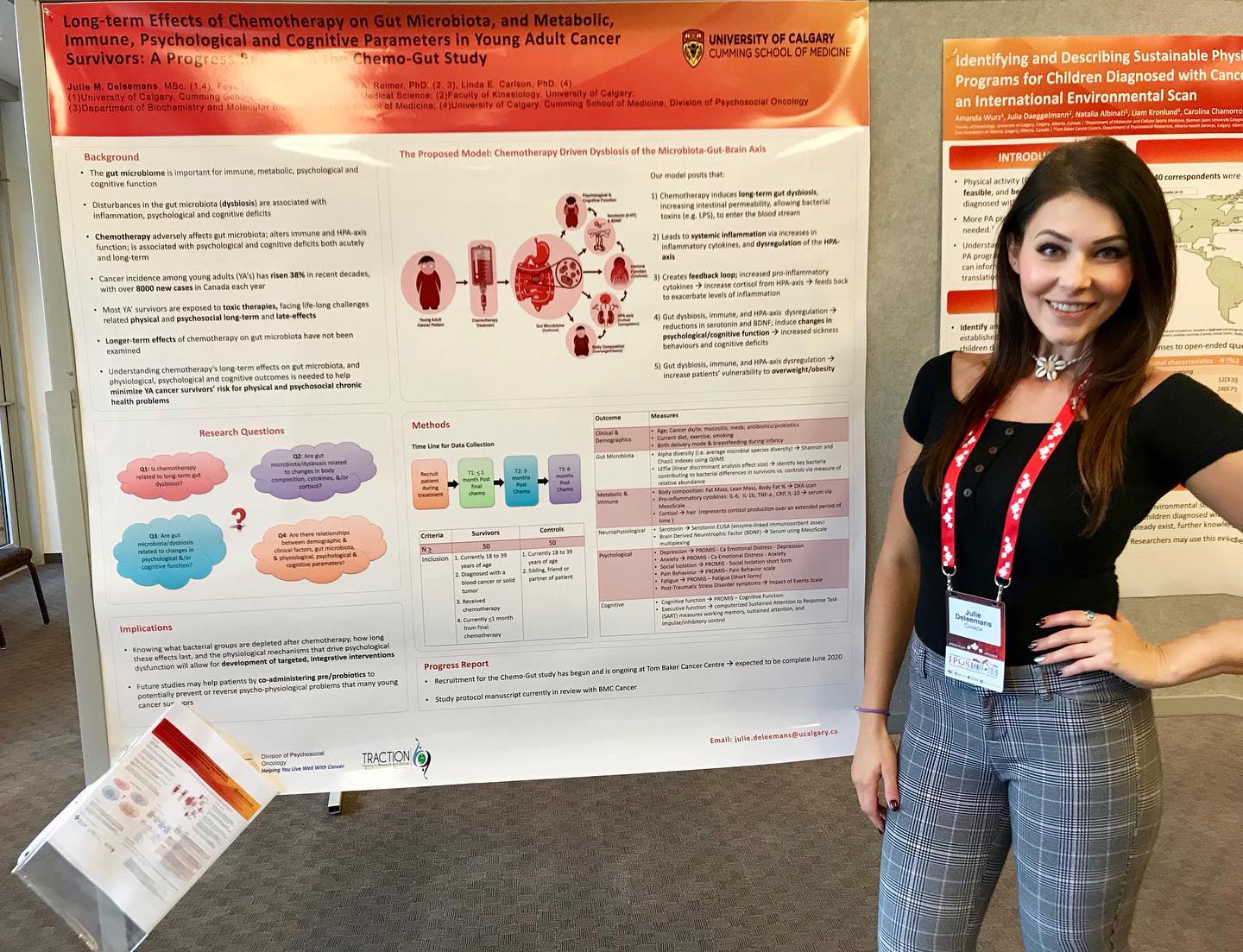 Now 14 years later, Julie is working on her PhD in Medical Science at the University of Calgary in the Cumming School of Medicine, specializing in Psychosocial Oncology. Her project investigates how chemotherapy affects the gut microbiome, and physical and mental health outcomes in young adult cancer survivors. She is also part of the Alberta Health Services Patient and Family Advisory Group as an AYA adolescent and youth adviser. In this role, she provides input to improve the overall psychosocial care for young adults facing cancer. By harnessing her hardships with clear intention and direction, she has gone from patient to researcher and advocate.

“Cancer is a whole-person experience. Survivors need support to cope with the grief and challenges that come after cancer. These are the reasons why I decided to be an AYA patient adviser; I never want other patients to suffer like I did.”

For one-on-one support, the Alberta Cancer Foundation offers the AYA Patient Navigator program. Each year in Alberta, nearly 300 new cases of cancer are diagnosed in adolescents and young adults (AYAs), aged 15-39. Falling between the dividing line of pediatrics and adults, this group of patients faces unique challenges.

Thanks to the generosity of Alberta Cancer Foundation donors, the AYA Patient Navigator program specializes in supporting this unique group as they navigate their cancer journey both inside and outside the health-care system, and works to enhance overall patient care by ensuring that their distinctive needs are supported from diagnosis to survivorship or in some cases end-of-life care.

Through her roles as a researcher and adviser, Julie hopes to help other young people through their cancer journey by emphasizing that cancer is much more than the immediate treatments.

To connect with an AYA Patient Navigator please visit: https://www.albertacancer.ca/find-a-navigator/