Jordan Turko was only 30 years old when he heard the words, “you have cancer.” In April 2022, Jordan – a healthy young man who didn’t smoke and exercised six days a week – received a stage 4 lung cancer diagnosis. 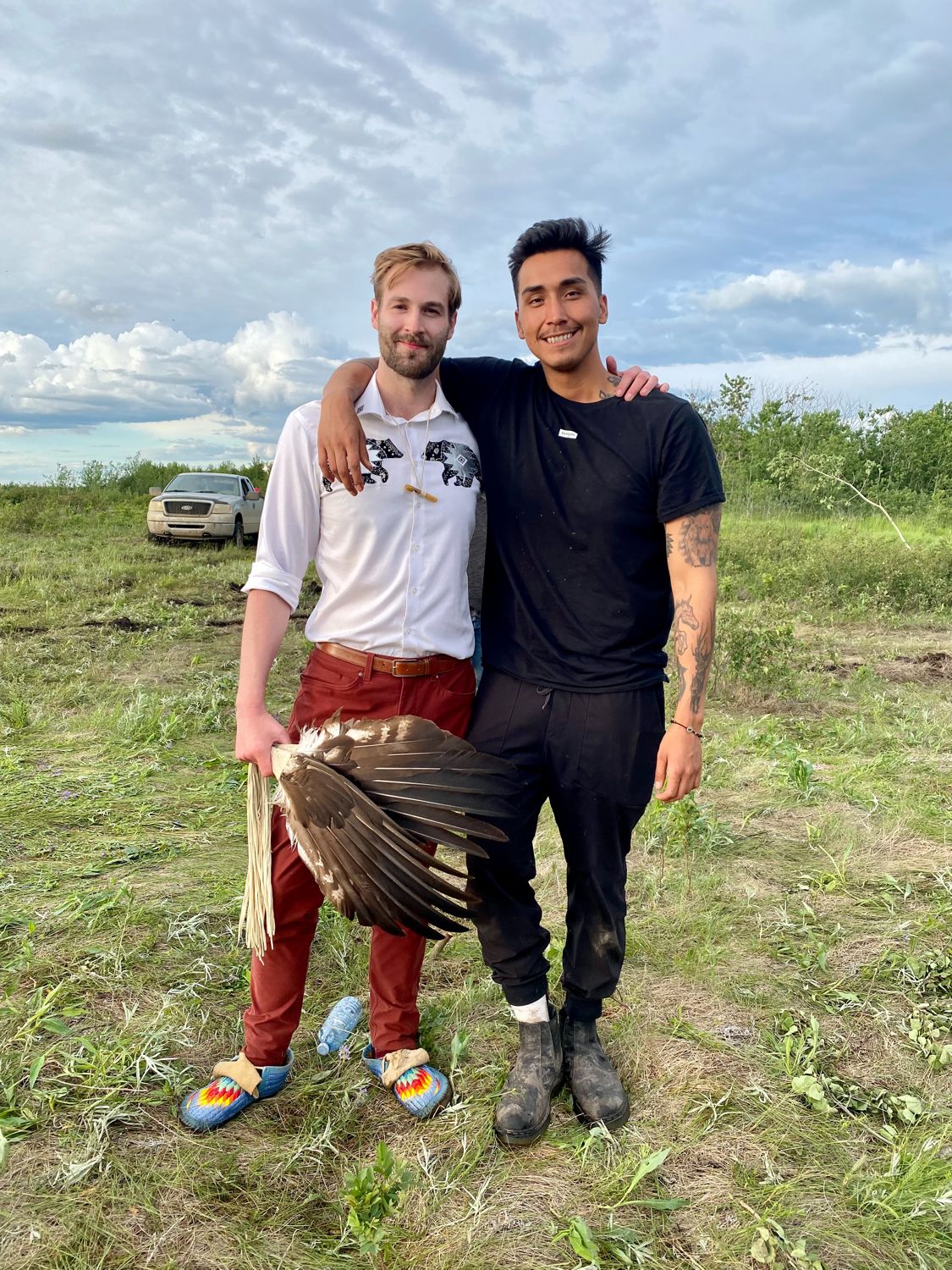 “As a super healthy 30-year-old who a mere month ago was going to hot yoga, hitting the gym 6 days a week, and traveling around the country doing the work I love so much, I was obviously shocked to learn that I have an extremely rare, aggressive strain of non-small cell lung cancer,” said Jordan when he shared his diagnosis on his Linkedin page.

It started in early 2022 when he noticed he had a hoarse voice and back pain. At first, he suspected it was COVID-19, but the hoarse voice lingered for weeks afterward, and despite visiting physiotherapists and chiropractors, his back pain worsened.

At the end of February, Jordan decided to visit a walk-in clinic. A series of tests led to doctors finding a 4-inch tumor wrapped around his pulmonary artery and tumors growing all along his spine.

“Who would have guessed that? Even now, in hindsight, who would be like, ‘Oh, your back is in pain. You have lung cancer.” Stage 4 lung cancer that had metastasized across his body.

He was told that the diagnosis was caused by inherited genetics – not smoking, lifestyle, or environmental factors.

“It’s just luck of the draw – this train has been headin’ my way my entire life,” he said.

His oncologists think the first tumour started as recently as January in his chest. “In just a few short months, the cancer had already spread to my surrounding lymph nodes, down my spine, onto my liver, and into my pelvic and leg bones,” said Jordan.

In fact, by the time Jordan was diagnosed, he had just days before the tumours in his spine would have paralyzed him. Thankfully, emergency radiation ensured this wasn’t the case but Jordan is still living with a stage four diagnosis today. To help with this, Jordan was prescribed a targeted drug therapy that was developed and proven through a clinical trial right here in our province.

“Jordan has a rare lung cancer that is caused by a mutation. His treatment is a targeted therapy that is able to overcome this mutation, such that stops the growth of his cancer cells. This is a treatment that has a high response rate and improves his survival. Donor dollars help with this treatment because years ago, we did a clinical trial where we were studying this drug. And by studying this drug, we were aware of its side effects, how to use the agent well and by having that process we are able to treat patients like Jordan with quality care,”

– Dr. Randeep Singh, Jordan’s oncologist and the director of the Clinical Trials Unit at the Cross Cancer Institute in Edmonton.

Thanks to the support of Alberta Cancer Foundation donors, we are able to fund every single cancer clinical trial in Alberta, including the treatment Jordan received.

Jordan was inspired to support the cause in honour of his father who was diagnosed with Mantel Cell Lymphoma in 2008. A clinical trial gave his father and their family hope near the end. He passed away on October 17, 2012. 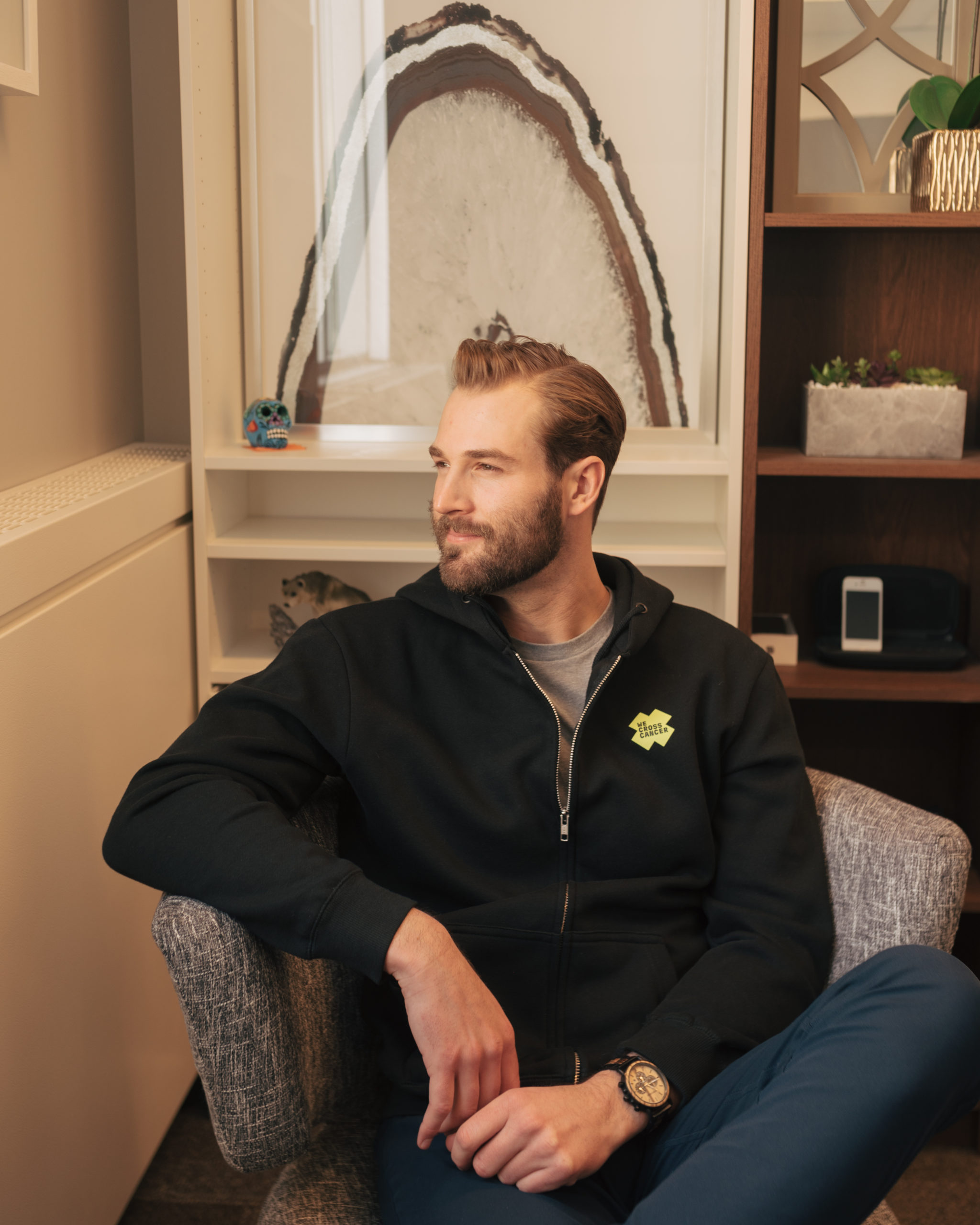 “I felt the entire time that I am going to live, that I’m going to survive — from the moment I was diagnosed, I felt that way,”

“In a sense, I actually feel really lucky to experience something so unique at this age – such a formidable test for me to overcome.

“My spirit is strong. My mind is clear. My body is aligning. My cells are rejuvenating.”

“I know the life expectancy outlook of Stage 4 Lung Cancer, but I truly believe that I am walking back from near-death and earning a long life, hopefully with a pug in it at some point!”

“I will be an old man someday,” says Jordan.

For now, Jordan is living every minute – every moment – to the fullest. But, he and the other 23,000 Albertans who will be diagnosed with cancer this year still need your help.

Till December 31st, 2022,, all donations made to the Alberta Cancer Foundation will be matched, up to $25,000, thanks to the generosity of Cask Global Cannings Solutions.