Lance Hartman on living with cancer

Lance Hartman is a husband, father, and grandfather from Drayton Valley. Growing up, he spent a lot of time raising horses and working on the farm. But in early 2019, pressure in his stomach disrupted his regular work and routine – he was diagnosed with pancreatic cancer.

Lance started his treatment with three different chemotherapy drugs in September 2019. Fortunately, he was able to find the treatment and support that he needed in his town. He expresses gratitude for Tanya, a nurse and coordinator at the centre in Drayton Valley. Lance explains that she would regularly phone and check in with him to make sure he was doing okay, and how he was able to call her freely when he needed information or support. “I guess that’s the thing about a small town,” Lance reflects.

Karen, Lance’s wife, is also grateful for the convenience: “It was really nice to not have to travel [to the city],” she says. “He could go down to the cancer centre, do his treatment, and come back.”

Although Lance, had to retire from his work after being diagnosed, he still keeps himself busy. Living on an acreage, there is a lot of work to be done: cutting trees, chopping wood, shovelling snow, and tending to horses. “He made himself determined not to slow down,” Karen says.

One of Lance’s chemo drugs caused him to be ultrasensitive to the cold, even affecting his breathing; in the winter, he would have to cover his face and hands so as to keep them from burning in the cold. But being an outdoors person, Lance didn’t let that stop him from going outside and enjoying the sunshine – or even snowmobiling.

As well as enjoying the outdoors, Lance also spends time with his unique family of two daughters, Kyla and Breanna; two unofficially adopted daughters, Ashley and Tia; and a Shih Tzu-Chihuahua dog called Izzy. He admires his daughters’ strength and confidence in him during his treatment and appreciates their regular visits. 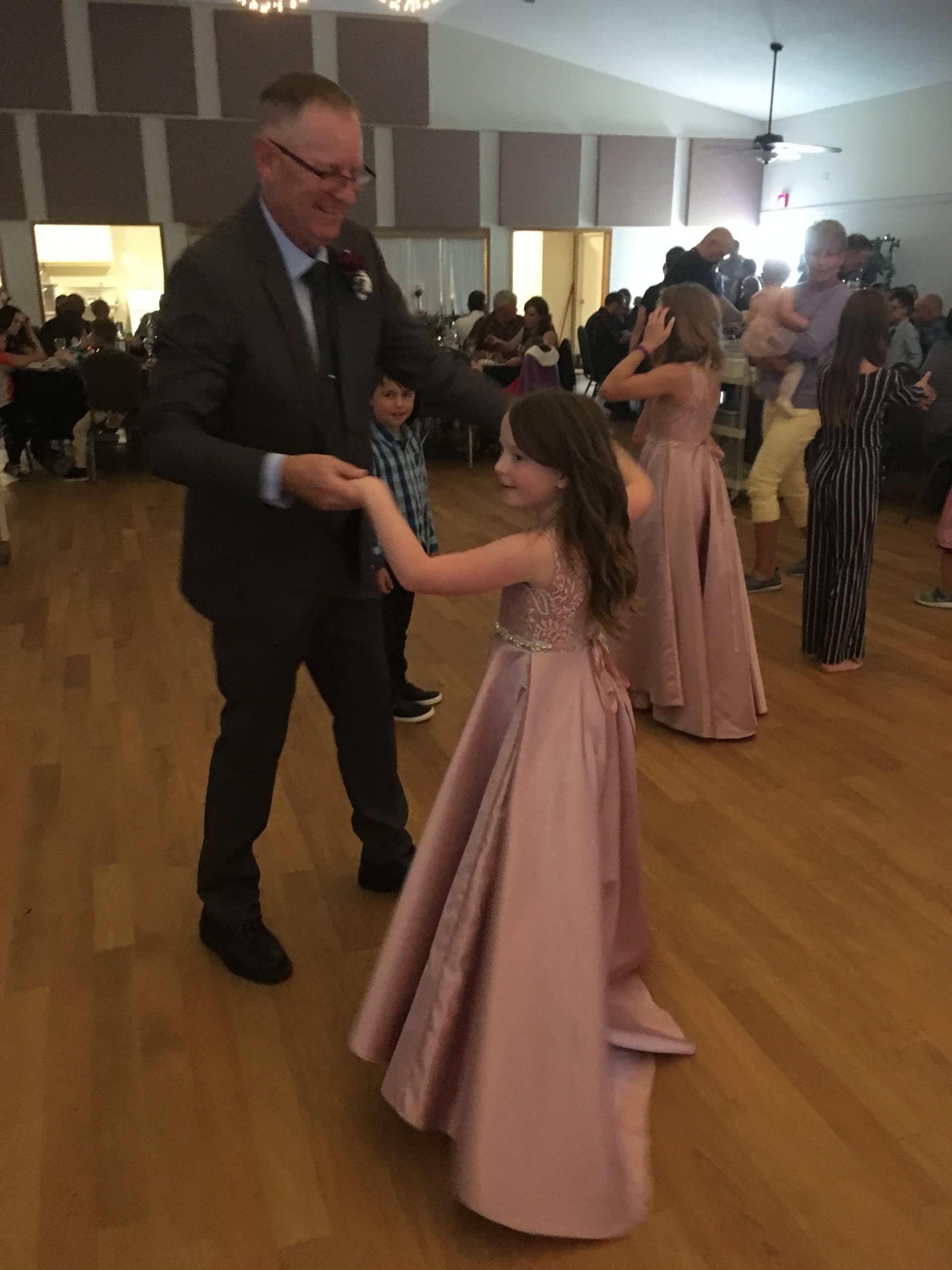 Lance’s words of encouragement for other cancer patients are:

With his positive outlook, diligence in routine, and confidence for the future, Lance is a strong example of his own words.

With his positive outlook, diligence in routine, and confidence for the future, Lance is a strong example of his own words.

Karen adds, “Even if you’re diagnosed with cancer, don’t stop living your life.”

Lance underwent treatment from September 2019 to March 2020, and since then he has been cancer-free.