Lorne Cochrane is no stranger to the ravages of lung cancer.

The disease claimed the lives of so many who were close to him. His parents, grandfather, his aunts, and his twin brother. It was the diagnosis of his twin and the passing of his mother in 2012 that propelled Lorne to get screened. He was 52 at the time.

Lorne’s chest X-ray showed several nodular densities in his lungs. A few weeks later, a CT scan confirmed lung cancer. With no symptoms, he was shocked to learn that the disease had advanced to stage-4, the tumours had spread in his lungs, his adrenal gland, kidney, and pancreas.

During the consultation, Lorne and his wife Mary were told that he had 12 – 13 months to live and that he would be referred to the Cross Cancer Institute for palliative treatment. He would undergo chemotherapy but the cancer was too advanced for surgery. “That was a very quiet drive home. We were both in shock. It was certainly a jaw-dropping moment. Going in there [the Cross] I felt fine, but while leaving, I knew that death was just around the corner.”

Lorne started chemotherapy at the Cross Cancer Institute and tried to stay as optimistic as he could. Looking back, Lorne is grateful for the support of his family and friends during that difficult time in his life. “ My wife and my brother came along with me to all of the initial treatment and doctor visits. They were my support group, always asking questions, doing research and taking notes.”

After months of undergoing chemotherapy, and no sign of improvement, he and his wife, Mary, discussed with their oncologist the possibility of other types of treatment, including clinical trials. A few weeks later, Lorne’s oncologist reached out about a clinical trial run by Dr. Randeep Sanga and Dr. Michael Smylie at the Cross Cancer Institute. “With no other options and facing certain death, I said, ‘Yes, if it will help future patients down the road, and maybe give me more time, I’ll try it!’” says Lorne.

After working with his oncologist to complete the required tests, he was enrolled in the trial and began treatment in September 2013. Nine weeks later, his CT scan showed that his tumours had reduced in size. This was incredibly promising for Lorne, his family and the researchers following his journey. Lorne was on the clinical trial for four years, completing his treatment in August 2017. Today, he continues to have CT scans every three months, with good results. 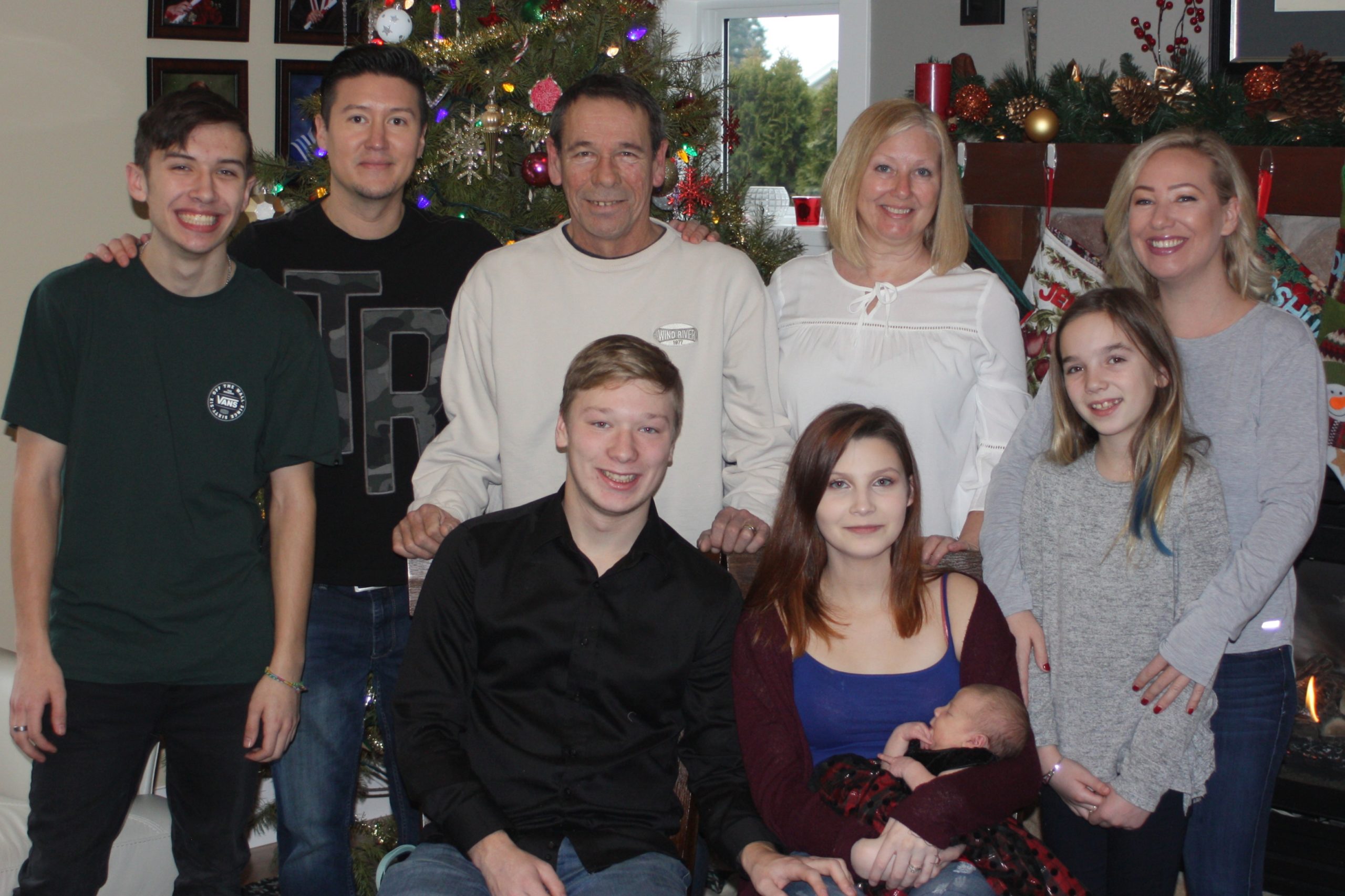 “It’s been eight years since I was first diagnosed and in those years I was able to spend invaluable time with my family. My wife, children, grandchildren and great-grandchildren. I was there for when my children’s and grandchildren’s birthday. I got to see my oldest grandson graduate, I celebrated my 60th birthday and this April, Mary and I will be celebrating our 40th Wedding Anniversary.”

Eight years of moments that Lorne may not have had if it wasn’t for that clinical trial. The Alberta Cancer Foundation supports every cancer clinical trial that takes place in Alberta. This would not be possible without the generous support of our donors. Thanks to our donors, we can create more moments for Albertans facing cancer. Albertans like Lorne and his family.

You can support lung cancer research and clinical trials, by making a donation on our website.