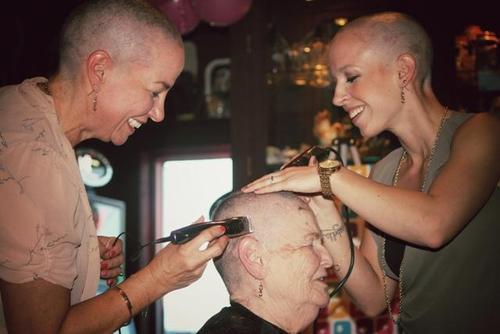 As a hairdresser, I never thought that I would shave my head.

I was approached a few years ago to shave my head. However, I was not moved to help at that time and I thought I could support in other ways, just not with my hair.

My cousin’s wife, Andrea Lambert, has been battling cancer most of her life. We saw on Facebook just after New Years that her cancer had returned.  She was preparing for the road ahead and unfortunately had to cut her beautiful long hair. To date, Andrea has had over 28 surgeries and many rounds of chemotherapy. Her bravery and courage inspired me as I watched her prepare for this fight. I decided I had to do something. I could no longer sit back and do nothing. I had the unique opportunity to try to make a difference for those facing cancer. It was time to join the fight and thus, the “Do Something” fundraiser was born.

I decided that I would finally shave my head to raise some funds for the Alberta Cancer Foundation in support of world-class research at the Cross Cancer Institute. Then I thought, “what if I could get three generations of us to shave our heads together? Maybe we could raise even more money.”

So I called my daughter Danielle and then my Mom Barbara. Danielle was “all in” from the start, but Mom was a little hesitant at first.  Mom did come on board with some encouragement and I started to get excited. I really wanted the three of us to be in this together. We picked May 10th as the head shave date and $15,000 as our fundraising goal.

My eldest daughter Nicole also wanted to help and she got to work setting up the fundraising website and talking to the Alberta Cancer Foundation. She has been a great resource and cheerleader every step of the way! Her encouragement and support meant a lot to us.

As we began this fundraising journey, my husband Don was supportive and worked hard to help us with his amazing fundraising skills. As the funds started to come in, I could feel the joy and excitement rise. We were really going to do this!

Danielle had already begun to fundraise with her karma yoga classes every Friday night and she also held weekend yoga workshops for donations. Her husband Tom helped on the home front with their little girls and also taught some of the yoga classes.

I remember the day we reached our goal of $15,000. I was completely overwhelmed by the generosity of our friends and family. That day was in early April and at that point I thought we could possibly raise $20,000 by May 10th. Then that goal came and went too. In that last week before the shave, I started to get nervous. Don had decided he was going to try to hit the $25,000 mark and got busy with his strategy of personal emails and phone calls to his contacts.

On May 10th, the head shave night,  we felt so proud and thankful for the support and love that people have shown us on this incredible journey. More donations kept rolling in throughout the head shave evening at the Crown & Anchor Pub in Whitecourt, bringing us to a total we could have never expected, $27,259.73! I didn’t realize the rewards I would reap when I began this journey on that cold night in January. The hope that I could make a difference, no matter how small, and the belief that people care and want to help others was overwhelming!

The message I would like to share is that even if you think you can’t make a difference, the key is to do something no matter how small. We are proud to donate the funds to the Alberta Cancer Foundation so they can be directed towards cutting-edge research at the Cross Cancer Institute where we feel everyone in the world can benefit from our small and humble gesture. 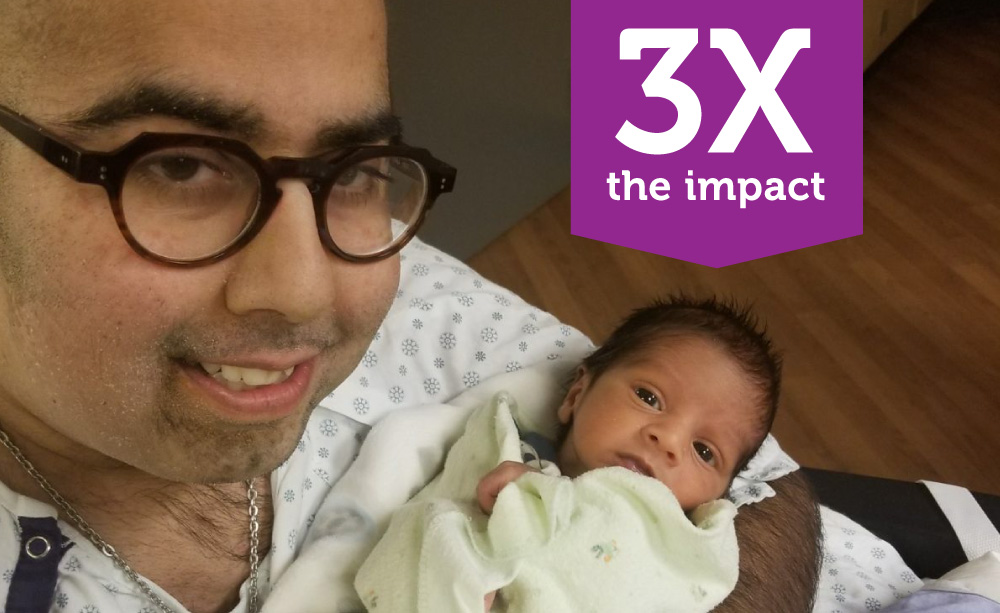