Every time Mike Simpson visits the hospital for follow-up appointments he fills out a patient questionnaire. 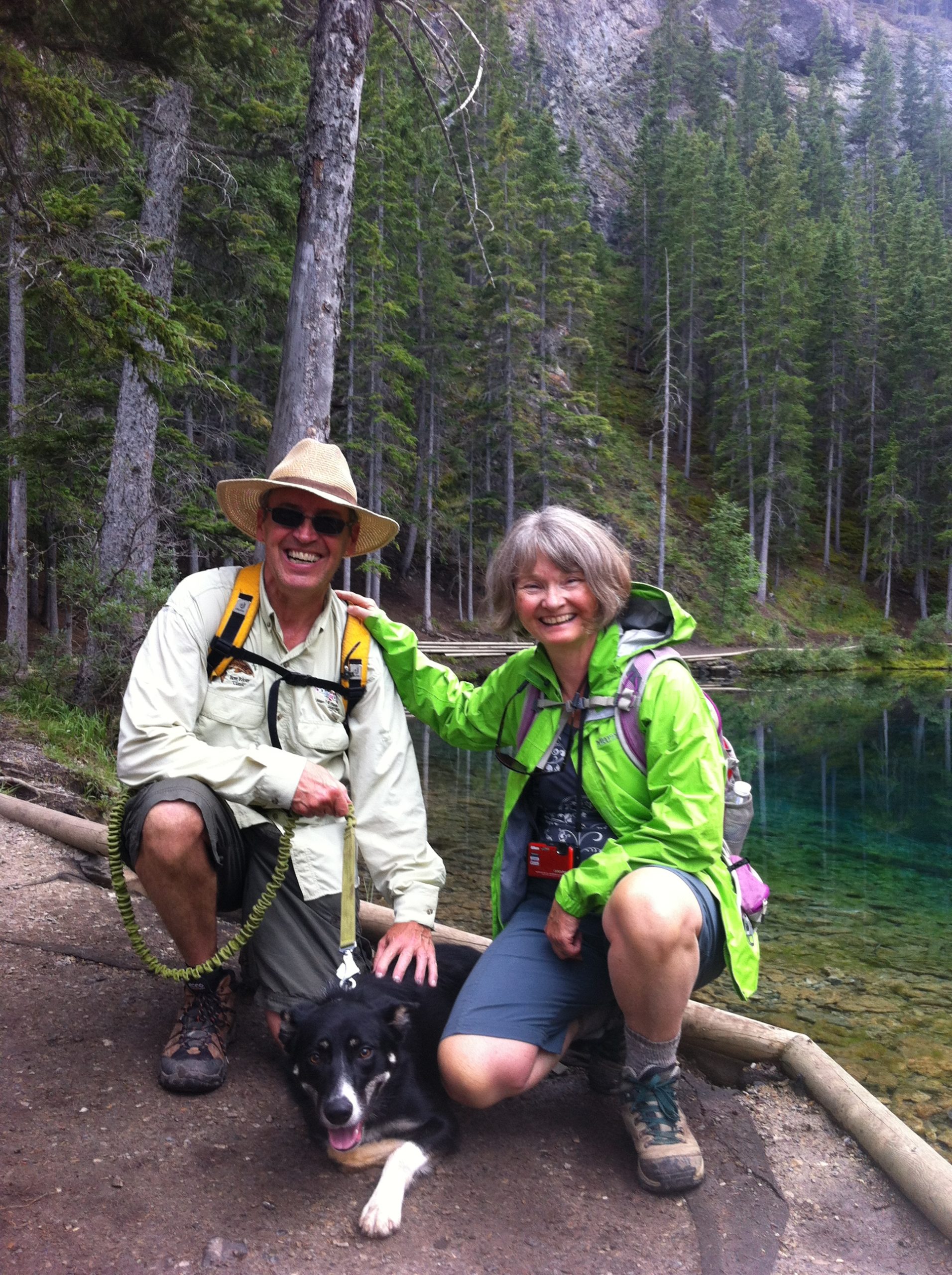 Is he feeling depressed? Is he sleeping well? Does he have any worries about finances?

Although the Canmore resident, who has been diagnosed with cancer twice, did not experience any financial concerns as he navigated treatments and recovery, that question always makes him stop to consider those who do.

“To some extent, we have to be thankful we are not in that situation but have to recognize some people are and could use some help.”

As a dedicated donor to the Alberta Cancer Foundation for more than a decade, Mike, and his wife, Diane, support fellow Albertans facing not only a cancer diagnosis but all the associated costs.

Mike has been diagnosed twice, with bladder cancer about ten years ago and with multiple myeloma in 2017.

Recently, his sister, sister-in-law and cousin were diagnosed, too. Being part of the push for progress is a big part of why the couple gives to the Foundation.

“Virtually everybody is touched by cancer one way or another. I believe, obviously, that a lot of questions need to be answered and we need investments to do that. We donate monthly to the Alberta Cancer Foundation. It’s a good thing to do and I am thankful we can afford it.”

For Mike, his first brush with cancer came when he was diagnosed in 2008.

“I asked about the survival rate and they quote you a 50 per cent survival rate of living five years, I think you start planning and put things in order in your life,” he recalls.

But he underwent chemotherapy and surgery and has had no signs of the bladder cancer since.

In 2017, he developed multiple myeloma. Now, he is in remission and gets injections every two weeks to try to keep it that way.

”I can’t complain other than the age-related aches and pains. “

When Mike talks about being diagnosed with cancer, he recalls the dark times.

Now, Mike is more interested in talking about how he was able to focus on the light – the health-care professionals who treated him, his family who stood by his side, and the gratitude he has for simply being alive. Some in similar scenarios might call themselves a survivor, but Mike doesn’t see it like that.

“I don’t think of myself that way. I have had cancer twice and I’m happy I survived but I don’t call myself a survivor and I don’t use the term, ‘battle,’ as if cancer is a war and you beat it. I just don’t like framing it in those heroic terms. It is what it is. You just do your best to move your life along and this is a different type of obstacle,” he says.

While he has put most of the fear and uncertainty behind him, Mike has not forgotten the compassion that kept him strong.

“I think my wife and son really helped a lot,” he says. “My son is a kinesiology grad and very knowledgeable. He came along to every appointment and even gave the doctor a hard time.

He took such a thoughtful interest in my health. He lives in Calgary and we live in Canmore. He and his wife came out here and lived with us for a while. It means a lot. He just showed how much he cared and he’s not a very vocal guy but his actions spoke a lot.”

Mike has seen a lot of kindness from the tightknit staff at the Bow Valley Community Cancer Centre in Canmore where he has received a lot of his treatment and where he goes every two weeks for injections.

At the beginning of the COVID-19 pandemic, the volunteers at the Bow Valley Community Cancer Centre found new ways of offering patients something practical with a gesture of compassion and support. Instead of making quilts they quickly adapted to making face masks.

For Mike Simpson, an Albertan who has been diagnosed twice with cancer, it’s simply another example of the meaningful touches he has seen at the centre, located in Canmore.

While he sometimes has to go into Calgary for follow-ups, the bulk of his treatment these days (an injection every two weeks), can be close to home.

From the big windows which frame mountain views, the comfort in seeing familiar faces every visit, to the smaller crowd of patients, Mike says there are a lot of reasons he is grateful for the community he’s found at the Bow Valley Community Cancer Centre.

To learn more about the 17 Alberta Health Services Cancer Centres the Alberta Cancer Foundation supports across the province, visit: https://www.albertacancer.ca/cancer-centres/