In early 2018, Rebecca Lippiatt was blindsided when she received the call from her doctor confirming that she had breast cancer.

It all started when she noticed a slight dent in her left breast while she was in the shower. Weeks later after consulting with her family doctor, she got a mammogram that revealed three lumps in her breast. Further tests confirmed that it was cancer.

“Days after getting my biopsy, when I received the call from my doctor first thing Monday morning, I knew it was cancer. And she confirmed it. It was incredibly devastating. My very first thought when she told me was about my children, I thought ‘what if I die?  I have to be here for my boys, I can’t abandon my kids.’

“I was shocked because through the whole process I wasn’t expecting it all. I have no history of cancer in my family. The last people in my family to be diagnosed with cancer were my great uncle and my great grandmother. So it didn’t even cross my mind that the lumps would be related to cancer.”

She was diagnosed with stage one, HER 2 positive breast cancer but counts herself lucky for catching it early. “I think it was partly because when I noticed it, I reacted as soon as possible. If it’s one thing I have learned from this experience, is that if you think there is something wrong, even if it’s something small, go get it checked out. “ 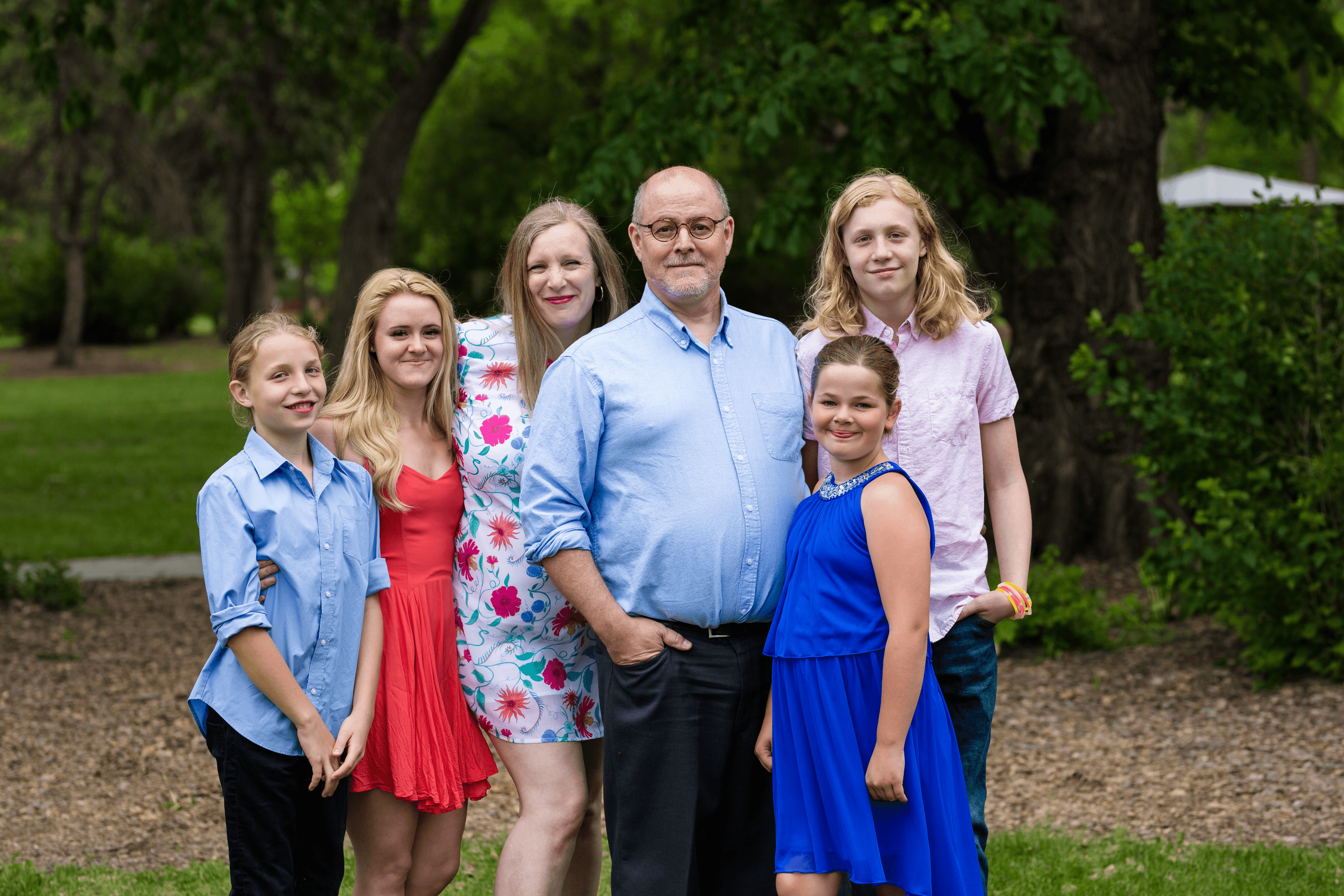 Rebecca underwent a lumpectomy followed by radiation at the Cross Cancer Institute in Edmonton. Today the 49-year-old mother of two boys and two stepdaughters is cancer-free. She reflects back on her journey, and here she shares what her experience was like.

“After I underwent my lumpectomy, my oncologist offered Herceptin along with chemotherapy as a choice of treatment.  I was very reluctant to undergo chemotherapy because I knew my body would react badly to it. I react badly to pretty much everything. If there is a 1 in a 100 chance of a side effect, I get it. Since cancer had not spread to my lymph nodes, I chose and took the risk of not doing chemo. I’m not saying that chemotherapy is bad in general, I just felt like it wasn’t the right decision for me. And my oncologist respected my decision.  Of course, she encouraged me to do it because that’s the protocol but she respected my decision not to. I was never made to feel like I was making a bad choice and that was really empowering.

“I’m the type of patient who asks a lot of questions, why do you want to do this, how will this benefit me? Is this the best course of action for me? My surgeon and oncologist were both great at giving me the space for those questions. It was a really eye-opening experience because I started to realize that there were a bunch of people behind the scenes who were working together to take care of one person.

“Everybody at the Cross was incredibly kind and the whole process really made me see how efficiently the health system works. I know how sometimes it can disappoint people. But I couldn’t believe how efficient it was – from the time I saw my family doctor, meeting my surgeon, going to the Cross, meeting my oncologist, and working with the nurse navigator to getting my surgery done. I could see all of the pieces come together. And I was really impressed by how fast everything had happened. From my diagnosis to the time I was done my treatment – it was six months.”

“When I broke the news to my kids, my oldest, Gabriel who was 12 at the time took it well but my 10-year-old, Isaac didn’t know how to process it at first. I could tell that he was anxious and scared about the thought of me dying. He would come up to me and say ‘I love you mom’ which was sweet but he would say it like twenty times a day so I knew something was off. We decided to take him to counselling, to help him process it. And that helped tremendously. The counsellor worked with him and helped him realize that he was a doer and a fixer. If he wants to accomplish something, he finds a way to get it done. But with cancer and people’s feelings, there’s nothing he could do to ‘fix’ it necessarily. And that’s why he was struggling, so she helped him see that he doesn’t need to fix it, he just has to be there. Isaac was able to process my treatment a lot better after that.

“I think it’s scary for any parent who gets cancer, to think about how you could die and leave your children behind. It was terrifying for me. And because of it, I struggled with some of the decisions I had to make with my treatments.

“My oncologist recommended that I talk to a psychologist at the Psychosocial and Spiritual Resources at the Cross Cancer Institute. And that was the best decision I made. Talking over my issues with my therapist was very impactful. He helped me realize that on the surface it was about the treatment options but when it really came down to it, I was struggling because of my abandonment issues.

“When I was a baby, my mother had left me and her mother had left her when she was a baby. In having my children I was very conscious of how I chose to have them, I chose to never leave them and promised myself to be their mother forever. And when I got cancer, it hit me that I might break my promise.

“My therapist said, ‘if you die you would not be abandoning your children– they would have a dead mother which is very different’ he helped me realize that it wasn’t my choice, that I  would never choose to leave my children and that really helped heal that piece for me and also helped heal my abandonment issues. ”

It’s been a year since Rebecca finished her cancer treatments. She is grateful for the time she gets to spend with her kids and has found ways to process her experience. One of them is through her art. Rebecca created a series of self-portraits with symbolic and literal interpretations of the important experiences in her life.

Rebecca has also found a group of supportive peers after joining the Breast Friends Dragon Boat Racing Team of Edmonton earlier this year. This group comprises of women from Edmonton and surrounding communities, from every walk of life, and with varied fitness levels who are all breast cancer survivors. Their group not only works to support each other but also encourages women who have been diagnosed with breast cancer to lead full and active lives through the sport of dragon boating.

“I’m in better shape now than I have ever been in my life. Dragon boating has helped me with my breast lymphedema and having a support system like this, with other cancer survivors and patients, being able to talk openly about our symptoms and how we’re doing is just incredible.”

“I never wanted to be one of those people who say ‘Oh I had cancer and it changed my life’ but it really did. And in a good way.”

Thank you, Rebecca, for sharing your story with the Alberta Cancer Foundation.

Donate Today. Your gifts to the Alberta Cancer Foundation allow us to support cutting-edge research and programs helping patients navigate treatments and times of uncertainty. Your support means thousands of Albertans, like Rebecca, can create more moments with their family.