Sally Webster remembers her baby brother as a kind and good-natured man.

“Everywhere he went, he found the best qualities in each person he met,” she says.

Sally was 16 when Ronald Peart was born and remembers being a proud big sister who loved to walk him around the neighbourhood and give him his bottles at dinner time. She loved to show him off as she pushed him up and down the hills in Knob Hill, sometimes a little faster down than back up. 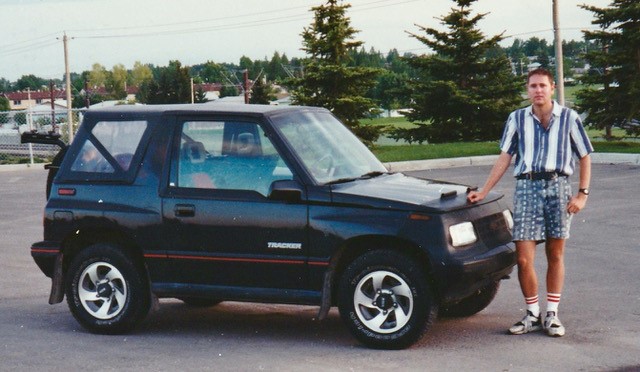 Baby brother, uncle, brother in law, friend and gentle soul, Ronald was always very close with his family and enjoyed spending time with them. “His nieces, nephews and their children, would always look forward to seeing what uncle Ronald could bring that would top last year’s birthday or Christmas present; and he always did,” says Sally.

Ronald loved to travel and spend time outdoors, he would often join his family on the trails in Banff, Kananaskis Country and Bragg Creek. “As he grew in his knowledge of the outdoors, he loved to share it with us all as we explored the beautiful mountain parks around Alberta and BC,” says Sally.

On January 27, while on a cruise in the Caribbean with his friends William and Rex, Ronald became very ill and had to be admitted into the Fort Lauderdale hospital. He collapsed when he got there and had to be resuscitated. While he was in ICU, they determined that he had a Pleural effusion and drained 7 litres of fluid. They stabilized him and flew him, with a nurse, home to Calgary. Shortly after arriving, he has diagnosed with stage four cancer.

Sally and her husband along with Ronald’s best friend William, came to Ronald’s aid to support him at each one of his oncology appointments. Ronald was placed under the care of Dr. Gwyn Bebb, a Medical Oncologist at the Tom Baker Cancer Centre, “Dr. Bebb helped Ronald navigate the most difficult journey of his life, he is an incredible human being who truly cares about his patients,” says Sally. Ronald began taking a regimen of medications to prepare for his upcoming chemo/ immunotherapy appointments. 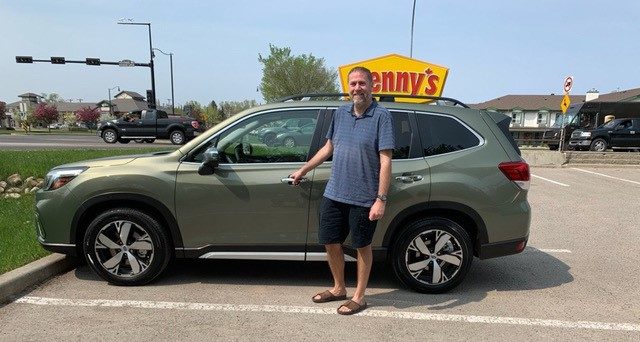 Sally fondly recalls the summer in 2019. His family and friends gathered to spend as much time with Ronald as possible to keep him at peace and to make as many good memories as possible. During one visit in July, they had their entire family cram into their apartment for two weeks. “We all love the beach and lakes in the Okanagan and we spend every day swimming and relaxing, enjoying the warm summer days.  He purchased a new car and we went on two trips with him to see our daughter and granddaughter who live on Salt Spring Island. We went to Calgary and our entire family enjoyed 10 days at the Calgary Stampede. We love the Stampede and it has always been a big part of our family history. These times are very precious to us as these were the last times he was able to travel,” she says.

On November 12, Ronald was in so much pain and was barely able to walk, he called his friend William to come and help him down the stairs of his apartment and take him to the emergency at the Foothills hospital. It was determined that tumours had penetrated into his spine and within hours, he had become paralyzed from the waist down. Ronald began a series of five treatments with radiation therapy that targeted the tumours that had formed on his spine. Unfortunately, these treatments did not have the desired effect.

After a short period of time, Ronald had to be admitted into a long-term care facility as the hospital could no longer provide the ongoing care he required. From this point, Ronald entered into a series of four chemo/ immunotherapy sessions that progressively drained his energy to the point that he could not physically continue the treatments.

It was during this period that Ronald began to learn the history and ways of the Catholic Church and decided that there was much to believe in and to be thankful for. “Ronald was much like our parents, though they did not attend a Mass or formal religious celebrations, they lived their lives filled with the presence of God and they loved all people in the way Jesus taught us, to be gentle and humble of heart. And that’s the way Ronald lived his life as well,” says Sally.

Under Dr. Bebb’s care, Ronald was also enrolled in an experimental treatment led by Dr. Bebb called the P.O.E.T. (Precision Oncology and Experimental Therapeutics) Program. A novel genetic testing program that takes into account a patient’s genetic makeup as well as the makeup of a specific tumour. Using this information clinicians are better able to determine the correct, targeted treatment plan for Albertans facing cancer.

Unfortunately, this treatment was found to be unsuccessful. At the beginning of October, Ronald was now living in the Dulcina Hospice and losing the battle but he received a call from Doctor Bebb and was offered an opportunity to try an experimental drug that was designed to target a particular enzyme they had discovered in his blood work that might slow the progress of his cancer. It would not provide a cure but it could offer some degree of relief from his pain. This too was not; Ronald suffered a pulmonary embolism and passed away shortly after on October 31st, 2020.

“Though Ronald was in great pain, he never complained or gave up hope, he always held out for a new and possibly ground-breaking new therapy that could help to extend his life or that his participation might help others who followed in his footsteps”, says Sally.

“Ronald watched Alex Trebek’s cancer fight, like all Canadians, with great interest and hope for what he might be able to share with or encourage him. They both lost their fight within one week of each other but he, like Alex, never lost hope.”

“He believed with all his heart that a cure was just around the corner. His legacy will hopefully, give all who are experiencing or might experience the devastating news of cancer, that same kind of deep hope” says his sister.

To honour Ronald’s legacy and bring hope to other Albertans facing cancer, Sally and her husband Dale made a $4000 donation to the Alberta Cancer Foundation in support of the POET Program.

Their contribution will have an immense impact on the POET Program. Due to the high demand for this type of genetic testing, the current technology being used to sequence genes is unable to meet the need. Sally and Dale’s donation will help support a new technology in Calgary that will increase capacity in gene sequencing 100-fold and be used by the POET program. Access to this level of information will take cancer research to the next level in Alberta. And its proximity to the cancer centres means that the time between the patient sample being taken and the sequencing completed can be significantly shortened.

This state-of-the-art piece of technology will use gene sequencing to allow healthcare teams the opportunity to provide patients with tailored therapies, greatly improving their chance of responding positively to treatment while improving their quality of life.

“We hope that his passing and participation in the P.O.E.T. program helps even one person to get an earlier diagnosis and the newest medicines can target their specific cancer and extend the quality of that person’s life,” says Sally.

“It is important to our family, that we continue to support all cancer research and those who tirelessly devote their lives to eradicating this from human existence. We have lost several members of our family to this awful disease and will not rest until this is only a part of past human history. God bless all who work to defeat cancer and those who are diagnosed with it and may all who have died from the disease rest in the love and peace of our Lord,” she says.

As Sally speaks of hope she recalls the quote by Vaclau-Havel, former President of Czechoslovakia.