Researchers to harness the power of the immune system 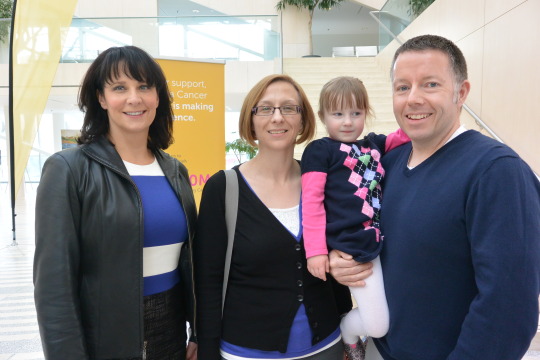 At the Alberta Cancer Foundation, we often share the story of Trevor Sauer, a young newlywed when he faced a cancer diagnosis. Despite treatment, Trevor’s melanoma continued to spread and he was given six months to a year to live.

Thankfully, that was 11 years ago and Trevor is healthy today. He is alive because of a clinical trial that opened at the Cross Cancer Institute for a new immunotherapy drug called ipillimumab. This drug was different than any other treatment at the time. Cancer cells play tricks on the body’s system in order to avoid attack. With immunotherapy, antibodies are used to supercharge the body’s immune system which then suppresses a cancer tumour’s ability to evade detection.

The success of that treatment put immunotherapy into the cancer spotlight. Researchers are now looking at applying the same treatment to other types of cancers. To get those breakthroughs to patients faster, the Alberta Cancer Foundation recently celebrated a partnership that will allow researchers to harness the power of the immune system.

This $5.4 million joint investment with the University of Alberta’s Li Ka Shing Institute of Virology will see a “dream team” of scientists investigating a novel way of treating cancer.

This project is part of the Alberta Cancer Foundation’s Transformative Program, which challenges the research community to identify and tackle bold ideas that would accelerate the discovery and application of scientific knowledge towards improved cancer patient outcomes.

Dr. Barakat’s team includes Dr. Michael Houghton, director of the Li Ka Shing Applied Virology Institute as well as Dr. Lorne Tyrrell, both considered world leaders in the
study of virology. Another important member of the team is one of the world’s fastest computers.

Using the IBM Blue Gene/Q super computer, the team is able to simulate immune check point in their physiological environment and mimic their dynamic behavior in human cells. Their small molecules could be compared to “a magic drug” that can be used against many types of cancer, says Barakat.

Alberta is uniquely positioned to make an impact in this field due to a combination of  expertise in oncology and world-class immunology research at the Li Ka Shing Institute that has translated into widely used treatments. This investment will accelerate the pharmaceutical design process and eventually get the treatments to patients faster, so we have more success stories like Trevor’s to share.