Silas Rutley, a long-term resident of Banff was diagnosed with stage 3 colon cancer in 2015.

As the primary provider in his household, the initial shock of his cancer diagnosis was fortified with concern for his family’s wellbeing. Without being able to work how would he manage to pay for childcare, rent, or even keep food on the table? Silas felt exceptionally overwhelmed. He remembers with appreciation that whilst awaiting his first surgery, his community held a fundraiser to help support the expenses associated with his cancer journey. 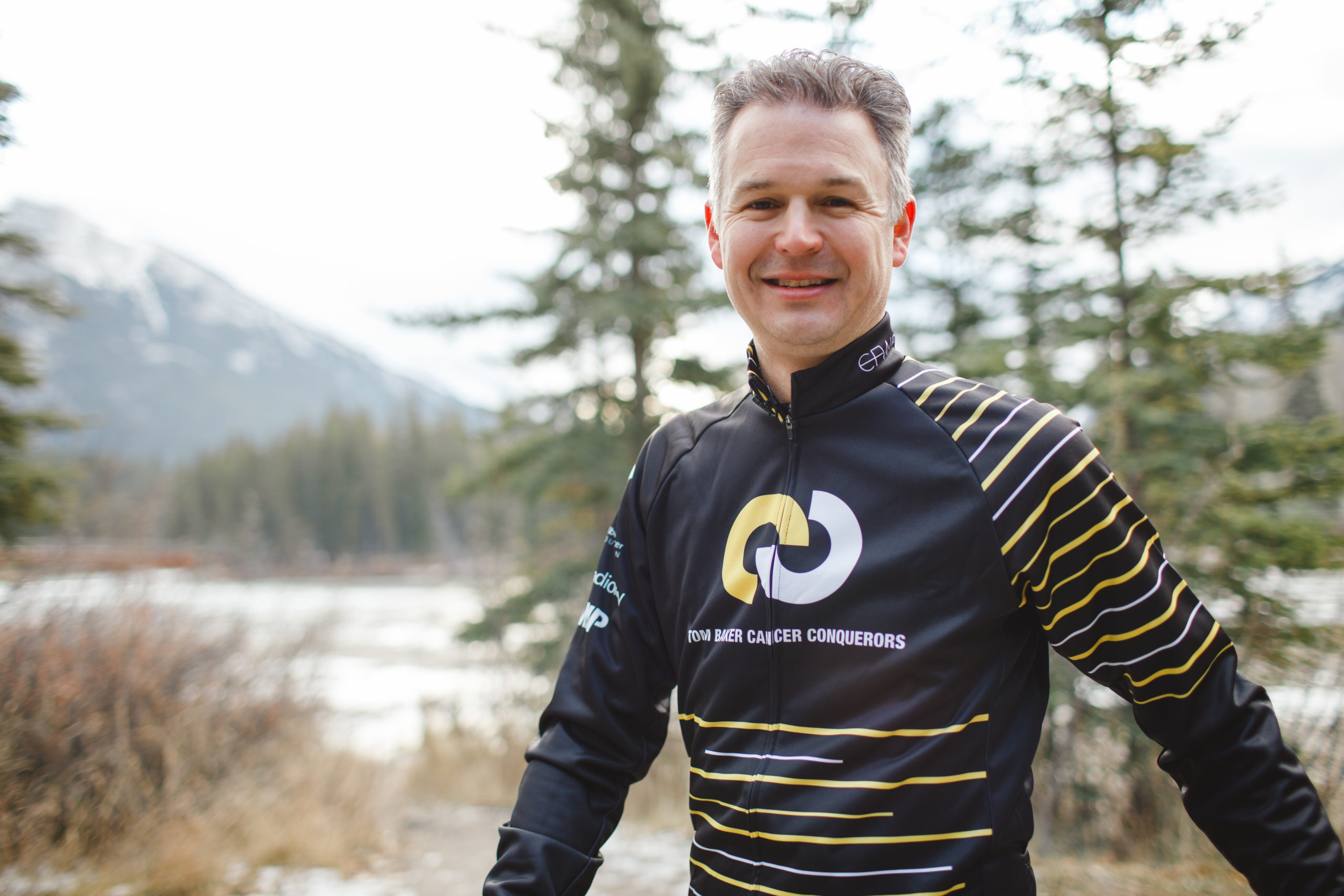 While undergoing radiation and chemotherapy treatment in Calgary, he stayed at South Tower, an outpatient hostel located beside the Tom Baker Cancer Centre. For three to four months during his stay, the seemingly small costs of being treated away from home began to accumulate. Silas knew to be proactive before he exhausted his finances. Through speaking with his social worker, and with the generosity of Alberta Cancer Foundation donors, he was able to find some financial relief thanks to the Patient Financial Assistance Program (PFAP).

Funded by Alberta Cancer Foundation donors, PFAP helps to reduce some of the financial strain experienced during cancer treatment. Costs covered could include housing, food, childcare, and transportation – expenses often omitted from other streams of financial aid. The need for PFAP has been increasing by ten per cent each year, surpassing $1.2M last year and is projected to continue increasing.

Thanks to PFAP, Silas was able to expense some of his stay in Calgary and the transportation costs associated with traveling to and from Banff. The program also helped him pay for some medication costs not covered under healthcare.

“As soon as you take all that financial stress away from someone they can just focus on healing. It’s about saying, ‘I’m having a good day today’, ‘I’m going to go for a nice sunny walk,’ or whatever makes me feel good inside instead of worrying about having to work.”

In pursuit of making a difference and grounded by gratitude, Silas felt inclined to fundraise for the Alberta Cancer Foundation. His momentum was steered by his own experience and sustained with the significance of every dollar raised.

Five years later and cancer-free, Silas continues to march to his own resolute beat. He strives to raise more money for the foundation every year at Best Ball Classic, his annual golf tournament in Banff, and as a top fundraiser, rider, and ambassador for the Enbridge Ride to Conquer Cancer.