Bob Goudy feels blessed to be given an early diagnosis of lung cancer as a result of an unrelated medical emergency. He hopes his story encourages others to donate to the Alberta Cancer Foundation and highlights the importance of early detection. Thank you for your support.

One Man’s Stroke of Luck 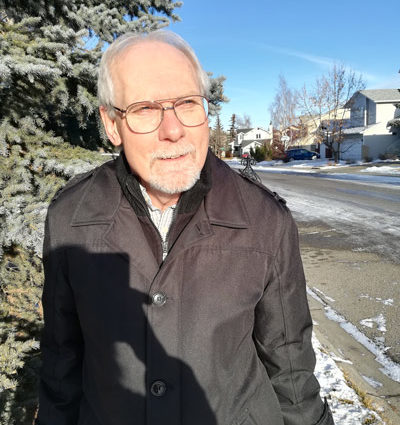 On a cruise ship somewhere between Vancouver and Hawaii, Bob Goudy lost vision in one eye. It came back so he didn’t think about it again until he was boarding a plane in Vancouver. Unable to speak, Bob’s panic only increased when he asked for a pen and paper and realized he couldn’t read or write.

It was little surprise the Calgarian soon found himself lying on a gurney in the middle of a hospital examination room. Surrounded by health-care professionals, trying to absorb everything and still unable to speak – Bob was about to get another devastating blow.

“The doctor said I had lung cancer,” he recalls. “In both lungs. I couldn’t talk and I started to cry. I thought – ‘That’s it.’ I was pretty sure I wasn’t going to make it.”

But that stroke of luck – being diagnosed with a blood clot and blockage in his carotid artery – allowed doctors to see something on Bob’s lungs.  And it led to an early diagnosis.

“Generally, they say when you find it, it’s too late,” he says.

“By the time you get symptoms you might not make it. I was scared but we believed we were in God’s hands.”

Back in Calgary, a PET scan showed Bob had two spots on his lungs. A wedge resection of one lung led to a diagnosis of stage 1 cancer. The other lung will be monitored.

While Bob is one of more than 12,000 Albertans alive after a cancer diagnosis, he has lost friends and family to the disease. Buoyed by their blessings, the 67-year-old and his wife, Gina, wanted to pay it forward. They donated to the Alberta Cancer Foundation.

“Just about everyone says it’s a miracle,” Bob says. 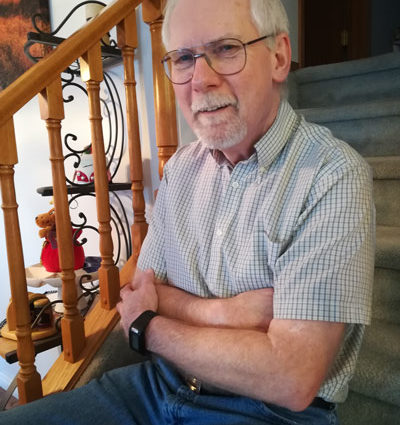 The couple wants their gift to support everything from research to increasing access to diagnostic technology but they also want to share their gratitude for researchers and health-care professionals who strive to make life better for Albertans facing cancer every day.

“I wanted to thank God for Bob,” Gina says, choking up “And we wanted to help other people get through it. We knew how lucky we were and we are grateful. If we could give more we would.”

Fifty years ago, only 25% of people survived cancer. Today, that number is closer to 60% – and for some cancers is more than 90% if detected early.

Bob never planned to be a poster child for early diagnosis but that is what he is.

He had none of the symptoms associated with lung cancer but the disease wasn’t a stranger to his family. His father died after being diagnosed with the disease and his sister had colon cancer. Even a recent x-ray and CT scan taken when Bob had pneumonia showed no hints of the nefarious findings discovered as doctors dealt with his stroke.

While Bob believes divine intervention played a role in his diagnosis, he urges others to get regular check-ups with their doctor and to see cancer screening as an opportunity given strides in treatments and improved prognosis. “It’s really changed,” he says. “People are able to do something about it and they couldn’t before.”

The couple believe Bob scored a huge advantage with early diagnosis. “So many people told us, he’s a miracle man,” Gina says. “A nurse told us it was a blessing Bob had a stroke. God forbid, he didn’t have that stroke.”

Bob, of course, hopes researchers will one day find a cure for cancer but until then sees      early detection as a gift for those lucky enough to receive it. “God had been very good to us,” Gina adds. “We are blessed and you just keep moving.”

On why he chose to donate to the Alberta Cancer Foundation – Bob says he wants to support initiatives which, for example, could broaden the availability of early screening for people. He also wants to be part of anything which makes a difference for people facing cancer.

“I do believe it’s just wonderful work,” he says of efforts made by so many to improve the lives of people with cancer.

“They are actually trying to do something about it.”

“I donated to the Alberta Cancer Foundation for many reasons – whether it’s to help people who have it or to get research done – just helping people.”

“It’s not much use to get bitter and upset. You have to play the cards you have been dealt,” he says. “I believe God has given me a second chance – a chance to continue.”