Michael Halliwell knows a thing or two about taking on the epic Enbridge Alberta Ride to Conquer Cancer.

The two-day, 200-plus-kilometre charity ride – which has more than 1,900 participants – has taken place in Alberta every summer for a decade, and has raised more than $74 million for the Alberta Cancer Foundation since its inception.

Michael has taken part in the event since it began 10 years ago. He has participated as a rider, a volunteer and one year cycled with a hand-cycle to support a friend who became a paraplegic. Over that time, the Edmontonian has raised nearly $50,000 for the Alberta Cancer Foundation to invest in research, enhanced care and treatment for Albertans facing cancer. 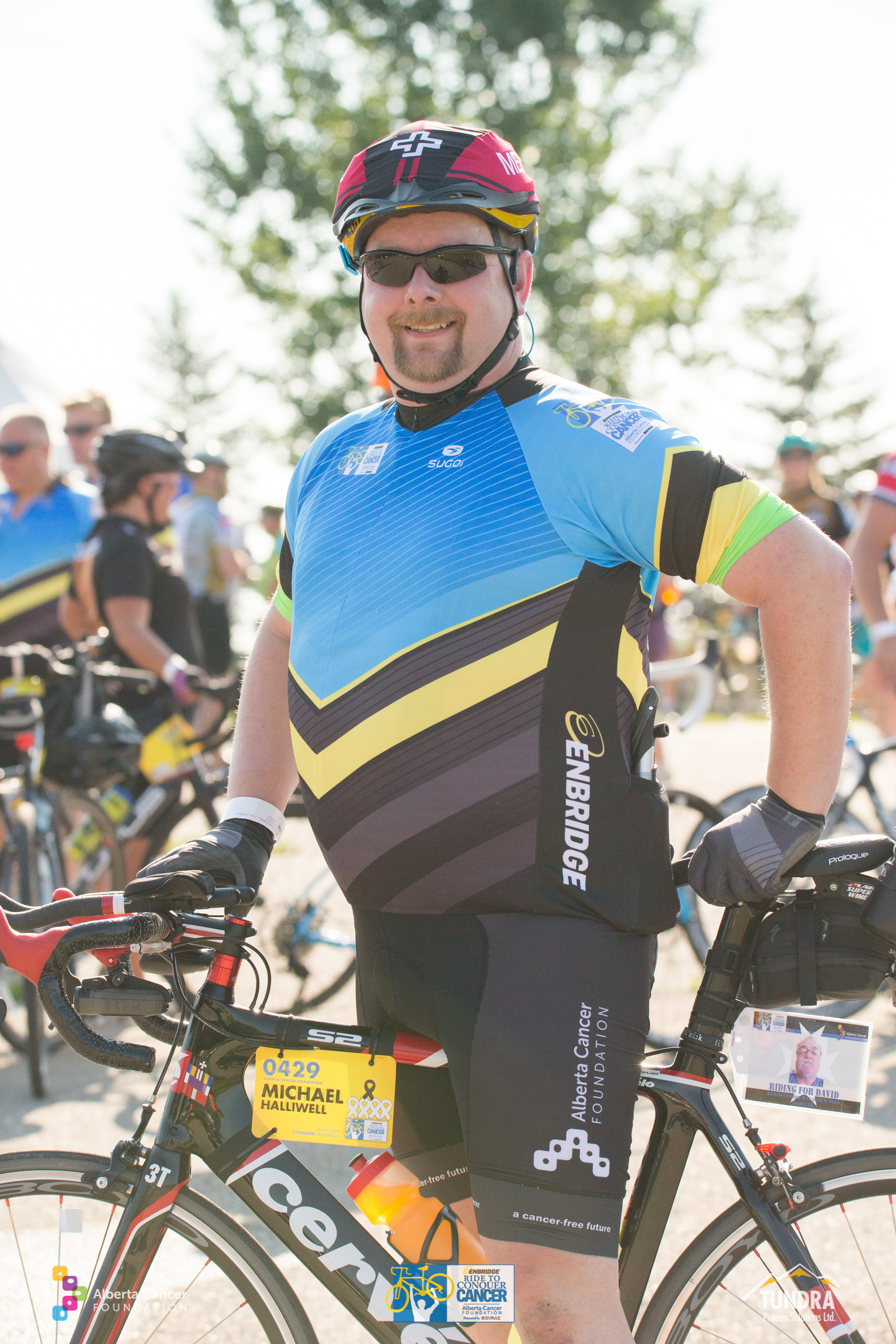 Here he shares some tips for those new to the Ride.

This year, the Enbridge Ride to Conquer Cancer will take place from August 17 to 18. You can support the Ride by donating to a participant or a team. Your donations will directly support patients and families at the Tom Baker Cancer Centre in Calgary, the Cross Cancer Institute in Edmonton and 15 cancer centres throughout Alberta and move us closer to our vision of a cancer-free future. To support Michael Halliwell, donate here.