Why Chris Osicki gives back 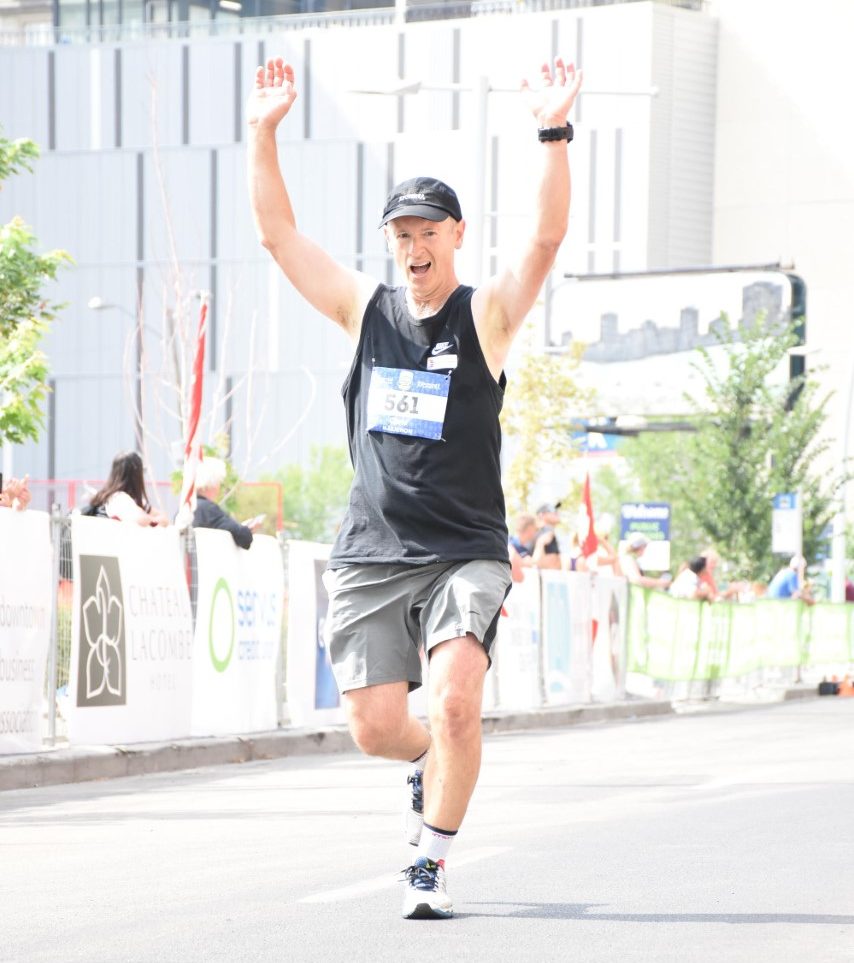 In the fall of 2021, Chris Osicki’s Father, Edward, would be diagnosed with prostate cancer. It was this diagnosis that inspired Chris to spread awareness and raise funds for prostate cancer in Alberta. Being from Red Deer, and with his Father being treated at the Central Alberta Cancer Centre, Chris decided to support the Alberta Cancer Foundation through the Servus Edmonton Marathon.

Here, he shares his Father’s cancer journey and why he gives back…

“In our journey of life, we have the ability to use our resilience, which is strengthened by our wisdom obtained over the years, to deal with situations beyond our control. We also can cope with adversity by embracing hope and perseverance. By striving to be our best selves, together we can bring a positive change.

“I have heard about the Alberta Cancer Foundation (ACF) from others I know who have been diagnosed with Cancer in the past. I have run marathons in the past for other charities and reached out to the ACF after my Dad’s diagnosis to support my Dad and raise awareness of prostate cancer.

“On August 21, 2022, I ran in the Servus Edmonton Marathon to raise $5,000 in support of the Alberta Cancer Foundation for Prostate Cancer in Memory of my Dad, Edward Osicki. Thanks to everyone who has already donated! The total raised is now over 75% of the goal, $3,775. You can help reach my goal here!

“My Father had annual physicals since his parents both passed away from cancer. About 3 years ago his physician noted his PSA’s were increasing. Then in the fall of 2021, his levels had elevated to a level of concern. A biopsy was done on his prostate in Red Deer which indicated a stage 2 diagnosis of prostate cancer. The treatment proposed was radiation therapy to the affected area of his prostate.

“Edward was treated at the Central Alberta Cancer Centre. His 23 radiation treatments started in February, 2022 and he didn’t suffer from any adverse effects from the radiation. The initial PSA results had come down which indicated the treatments were beneficial. Edward was appreciative and satisfied with the support of his health care professionals and staff.”

When asked what challenges he faced as a son watching his Father go through cancer, he states…

“Initially the concern was the seriousness of his condition. It was a huge relief that the biopsy results indicated a lower stage of progression. Due to the wait list, there was anxiety since the treatments didn’t occur as soon as we had hoped.

“Edward’s doctor indicated that his next PSA results in September were expected to show continued progression with his cancer heading towards remission. With great sorrow Edward passed away suddenly on August 5, 2022, due to an unexpected heart arrhythmia condition.”

Fundraising is a special way to honour and support our loved ones and all Albertans facing cancer. Hold an event that will support a specific program, cancer centre or cancer type. Click here to learn more.