“Anybody can get it at any time,” says Kelly Liebe, a cancer survivor and Alberta Ride to Conquer Cancer participant. 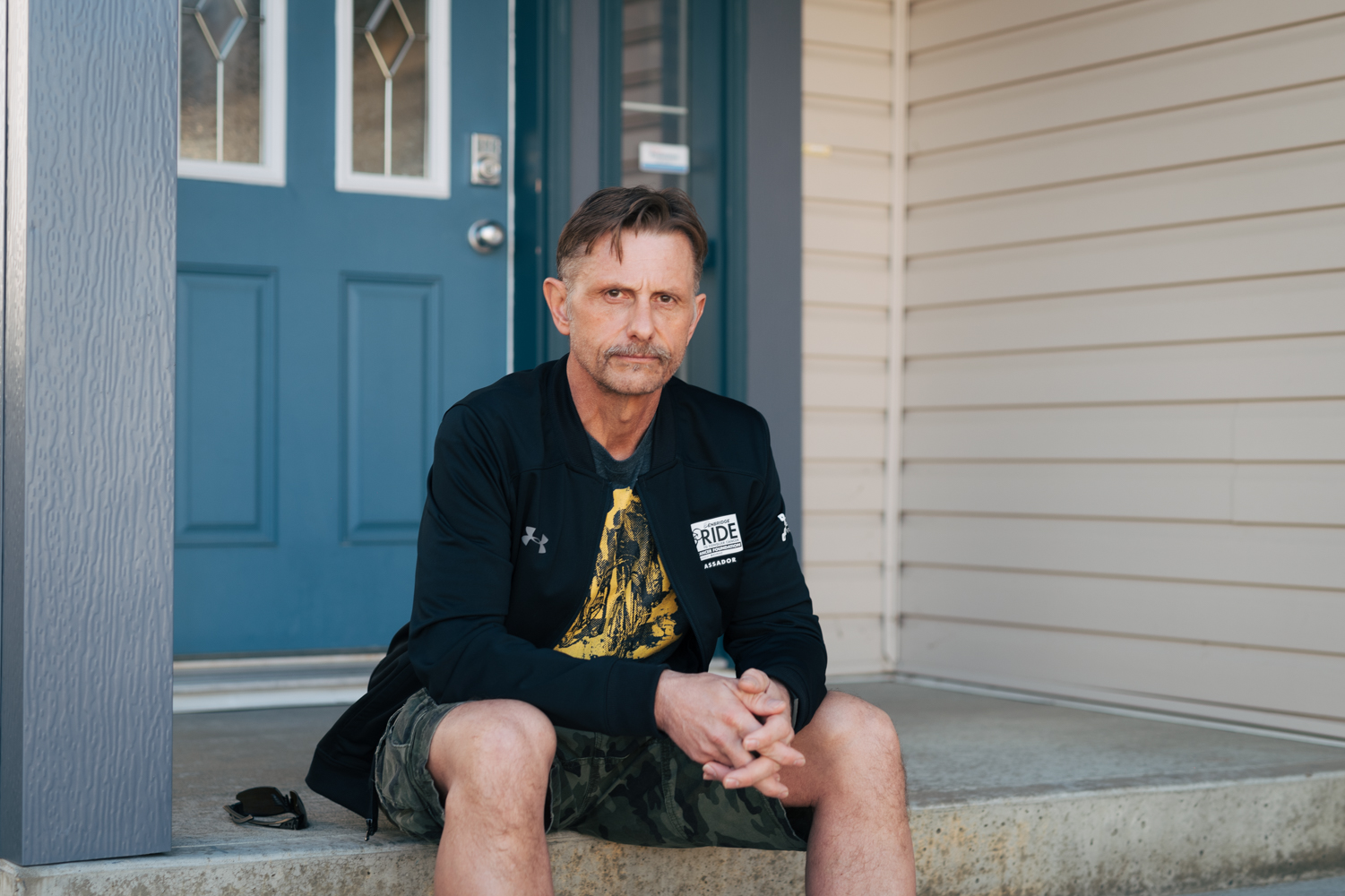 No one would describe cancer as kind or predictable, but for Liebe, it’s been an especially cruel nemesis. His wife, also named Kelly, has survived breast cancer twice. In late 2012, they lost their daughter Christina to breast cancer. And on Boxing Day 2017, Kelly noticed a lump on the left side of his neck. “It was really bizarre. I went up to have a shave and I had this massive lump on my neck. Nobody noticed it in my family – including me.” Kelly was convinced it was a red flag for something serious. Not long after, his doctor delivered an official diagnosis – head and neck cancer – stage 4 squamous cell carcinoma.

In April 2018, he began two rounds of chemotherapy followed by 30 rounds of radiation treatment. He said the chemotherapy was a “walk in the park” compared with the radiation to his neck, tongue and throat area. “It was like the worst sunburn you have had in your lifetime times 1000,” he says. But the treatment worked with a PET scan showing no evidence of cancer.

Today, with his treatment behind him, Kelly, his wife, their son, Clayton, and daughter-in-law, Nichole, are training for the 2019 Enbridge Ride to Conquer Cancer. 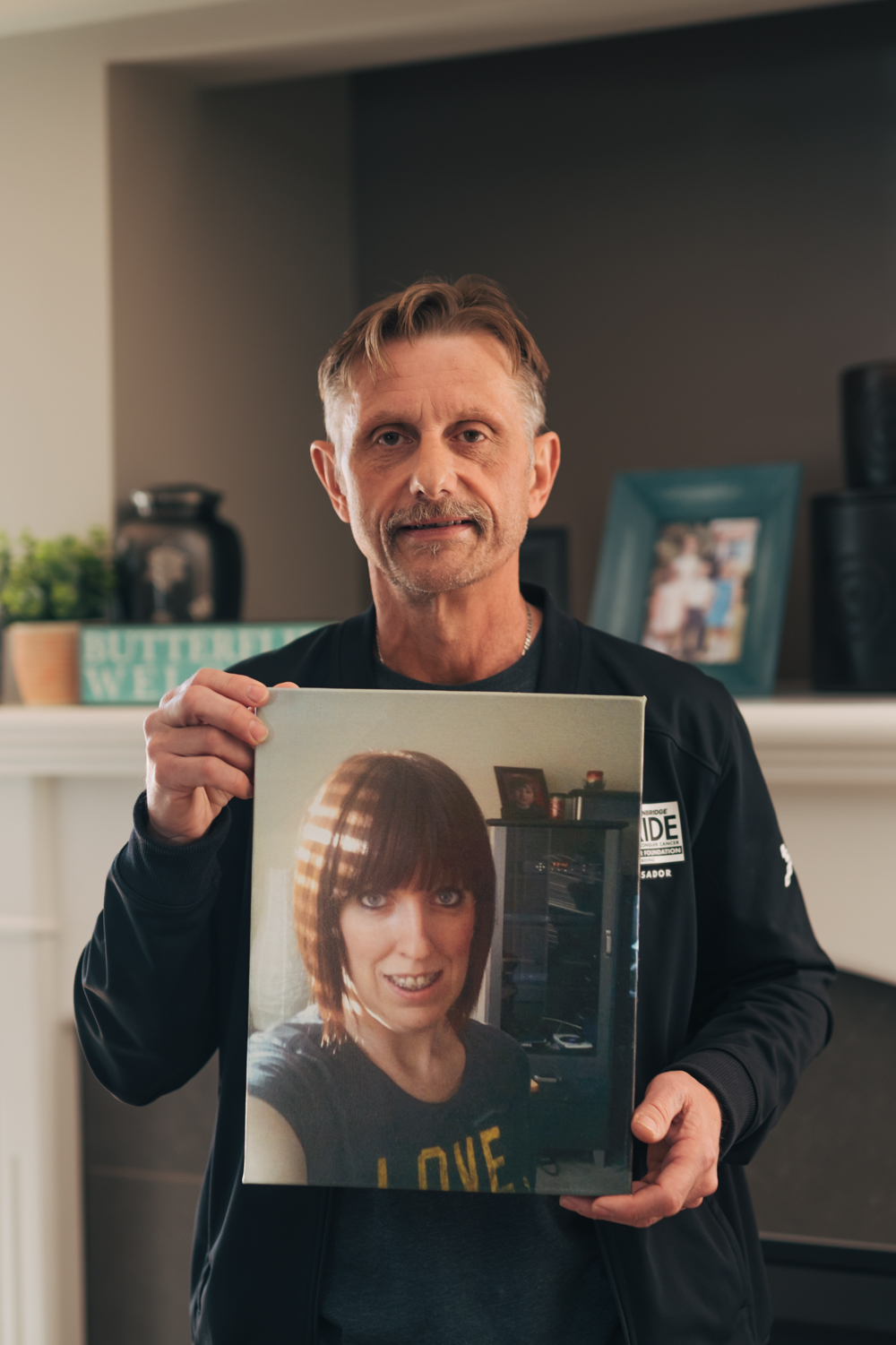 The Ride to Conquer Cancer is a two-day, 200-kilometre bike ride held each August that raises funds for the Alberta Cancer Foundation. The Ride for Kelly has become an intensely personal way to connect with his late daughter, Christina who lost her life after her second breast cancer diagnosis in 2012.

“I started riding the year Christina spent three months in Cross Cancer Centre getting treatment. She was alive and a part of all that. Her room was like ground zero,” he says. After losing Christina, Kelly kept riding year after year in his daughter’s memory. For him, it is a way of honouring Christina’s legacy and supporting those in need of treatment, now and in the future.

Kelly describes the Ride as the best weekend of his life “You’re there with maybe, 1,500 or 1,700 riders and every single one has a story. Everybody there gets it and understands whether they have survived it personally or a family or friend did or passed away. Everyone is there for the same reason. You share stories, you talk about loved ones. There’s so much great energy and so much hope. You have all worked hard and all that money will go to research for people who need it. It’s a great feeling.”

His wife, also named Kelly, is a two-time cancer survivor and their daughter, Christina, lost her life after her second breast cancer diagnosis in 2012.Surviving, for the Liebe family, offers an opportunity and comes with the responsibility to share in the hopes it will help others. “It turned out to be our lot in life – it’s just something we are supposed to go through. It fell in front of us and we just have to make something good out of something so awful and cruel.”

This year, the Enbridge Ride to Conquer Cancer will take place from August 17 to 18. You can support the Ride by donating to a participant or a team. Your donations will directly support patients and families at the Tom Baker Cancer Centre in Calgary, the Cross Cancer Institute in Edmonton and 15 cancer centres throughout Alberta and move us closer to our vision of a cancer-free future. To support Kelly Liebe, donate here.